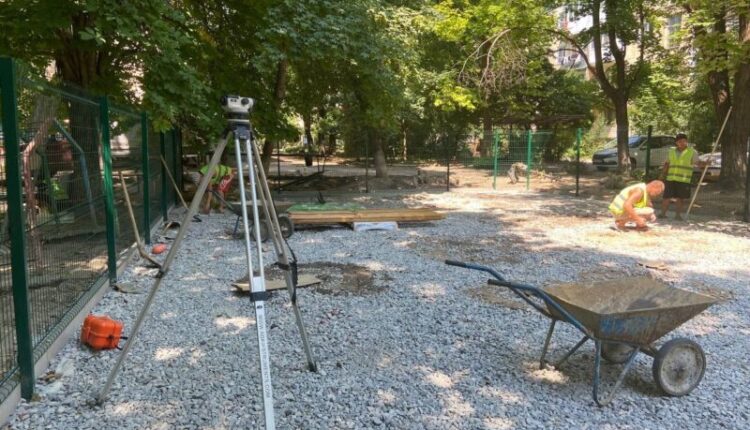 The purpose of this program is the development of territorial public self-government in the city. The key tasks that the program sets for itself are: the formation of mechanisms for interaction between the administration of Simferopol and representatives of the TOS, as well as the involvement of the general public in the active solution of issues of the socio-economic development of the municipality , the administration noted.

As part of the program, competitions are held, according to the results of which children’s playgrounds are installed for the winners in the adjacent territories.

A contract was signed with the City Department of the Simferopol Administration for the construction of 5 playgrounds. The playgrounds will be equipped with modern playground equipment, safe rubber coating and fenced. Also, sidewalk approaches and autonomous lighting are provided for TOS sites , — said Anton Tropin, a representative of the contractor.

This year, playgrounds will be equipped at the following addresses:

Find out more:  Going to two hundred in a day? Covid-19 in Crimea: daily statistics are alarming
6
Share

In Yalta, they plan to reconstruct the storm sewers in the region. But it won't be fast