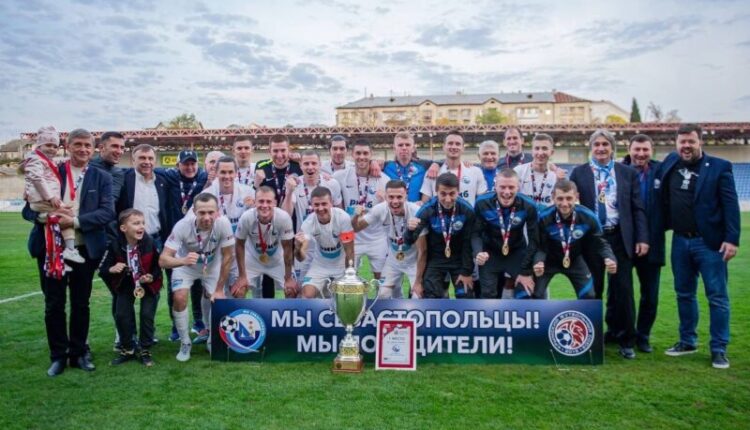 On November 5, the matches of the of the first round of the Premier League championship were held Crimean Football Union of the season-412. FC «Sevastopol» having defeated FC «Yalta» with a score of 4:0 on its field, has issued its fourth championship ahead of schedule. At the end of the first half, the hosts were led by Alexander Rybolovlev. In the second half of the game, three more balls hit the Yalta goal. Dmitry Zelenkevich, Anton Golenkov and Vladislav Gevlich distinguished themselves.

Bakhchisarai «Kyzyltash» on its field broke the world with the Kerch «Ocean». The guests took the lead: Vladimir Yatsuk was accurate in the 5th minute. But the people of Bakhchisaray quickly rallied and managed to come forward. On the 13-th minute Lenur Akhunov scored, and after 4 minutes he scored Halim Yunusov. However, the last word in this match still remained with the Kerchites — on the 77th minute, Alexei Sosnovsky made the final score a draw — 2:2.

Alushta «Aluston-YuBK» lost at home to Simferopol «TSK-Tavriya». Despite the result, the beginning of the game for the Alushta team turned out to be extremely successful — by the 4th minute of the game they were leading by two goals: Stanislav Biblik scored a brace. But the «Tavrians» quickly came to their senses and were able to turn the tide of the match. Roman Khadzhiev scored twice, scoring in the 8th and 13 minutes. Three minutes later, Igor Dudov took the lead from Simferopol. The second half of the meeting was dictated by TSK-Tavria. Dudov scored a hat-trick, thanks to effective strikes on the 31th and 80 minutes. At the end of the second half, Vadim Avtaev failed to convert a penalty, and Dmitry Ivanov set the goal in the game, scoring in the 4th stoppage minute. 6:2 — victory of TSK-Tavria.

Find out more:  In Sevastopol and Yevpatoria, it’s either shooting or “clapping” ... But there’s no need to worry - these are exercises

«Rubin Yalta» confidently dealt with the youth «Sparta-KT» at home. Ruslan Margiev from Yalta scored a double from the penalty spot, scoring on 18 and 349 minutes. Vladimir Pshenichnikov (54-th minute) and Ilya Zinchenko ( 74-I). Youth players were able to answer this only with a goal in the 90-th minute performed by Alexander Malinevskiy. 4:1 — victory of Rubin Yalta.

After the matches of the first round, Sevastopol became out of reach for opponents, gaining 31 points and not losing a single match. Rubin Yalta moved up to second place in the table — 13 points, in third position » Ocean» — 19, in fourth place «TSK-Tavria» — 18 points and the match in reserve, on the fifth line «Kyzyltash» — 17 points. This is followed by «Aluston-South Coast» — , » Sparta-KT» — 7 and «Yalta» — 0.

Matches of the 1st round of the CFS Premier League will be held 12 and 13 November. On Saturday, November, TSK-Tavria and «Kyzyltash». On Sunday, 13 November, matches will be held: “Ocean” — “ Sevastopol, Yalta — Rubin Yalta and Sparta-KT — Aluston-South Coast.

Fire on the Ai-Petri Plateau. Cafe burned down