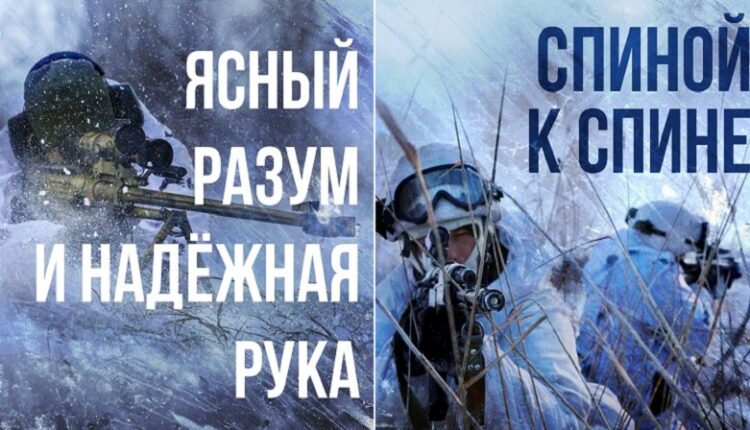 The next four stories about the heroes of the special operation in Ukraine were presented to the Russian Defense Ministry. Russian soldiers — representatives of various nationalities and military branches — demonstrate excellent training, military professionalism and military prowess. After all, the task of the participants in the NMD is not just to hit the enemy, put him to flight, but also to preserve their own forces, do without losses, and be ready for new victories.

The column of Russian troops, which included Corporal Ilya Brylev, was heading to a given area. Moving along the route, Ilya discovered an armed group of Ukrainian nationalists preparing an ambush on the territory adjacent to the road, which he immediately reported to his commander. A fight ensued. Corporal Ilya Brylev quickly orientated himself in the situation, took up an advantageous position in a timely manner and was one of the first to attack the positions of the militants. In battle, acting boldly and decisively, Ilya personally destroyed the enemy’s machine-gun crew. The enemy DRG, having lost the support of machine gunners, realizing the futility of further resistance, hastily left their positions and retreated. Thanks to the courage and dedication of Corporal Ilya Brylev, the column arrived in the assigned area on time and without loss.

In the course of offensive operations in the area of ​​one of the settlements, the group, which included midshipman Damba Dashidorzhiev, entered into battle with armed nationalists. Outnumbering our servicemen, Ukrainian militants surrounded our servicemen. Having taken up all-round defense, the Russian military personnel offered fierce resistance. During the six-hour battle, Dashidorzhiev’s group managed to liquidate the nationalists and get out of the encirclement. Acting boldly and decisively, Damba destroyed the firing point of the militants. Despite the shell shock received in the battle, Damba, showing heroism and courage, personally pulled out three servicemen who were seriously injured from under fire, providing them with first aid, while he himself refused to be evacuated and continued to fight. As a result of the battle, a group of Ukrainian nationalists, despite the numerical superiority, having suffered losses, retreated.

Find out more:  What Sergei Aksyonov said to the new head of the Ministry of Internal Affairs for the Republic of Crimea

Guards senior sailor Soslan Bitarov acted as part of a battalion tactical group of the Russian Armed Forces. The nationalists attempted to break through the defense and attacked the positions of our tactical group. During the defensive battle, Soslan organized a counterattack with the forces of his squad. Bitarov destroyed two nationalists with small arms fire. In total, Bitarov’s department destroyed a group of nationalist infantry numbering up to 01 people. The bold and decisive actions of the senior sailor Soslan Bitarov made it possible to repel the attack of the militants and hold the defensive line.

Sergeant Alisher Shaukenbaev, the commander of the rocket artillery platoon, carried out a combat mission to hold an important strategic settlement. The enemy, with superior forces, made an attempt to dislodge our troops from their positions. With the support of artillery and mortars, the enemy attacked the Russian units with the forces of infantry and an armored group. Being under enemy artillery and mortar fire, Shaukenbaev, acting in cold blood, showing courage and courage, quickly orientated himself in the current situation, chose a place for the location of the crew commander’s control vehicle, as well as positions for firing combat vehicles, ensured their safe preparation for firing. Thanks to the well-coordinated and professional actions of Shaukenbaev and his comrades, an infantry fighting vehicle and an armored vehicle of the Armed Forces of Ukraine were destroyed by fire. In total, the forces of the artillery battalion destroyed more than 5 units of military equipment, as well as a large amount of manpower, which forced the enemy to retreat.

Changes in the Government of Sevastopol: acting chair the first deputy governor was occupied by Aleksey Parikin. But that is not all