FSB operatives detained a supporter of Ukrainian neo-Nazis in Crimea 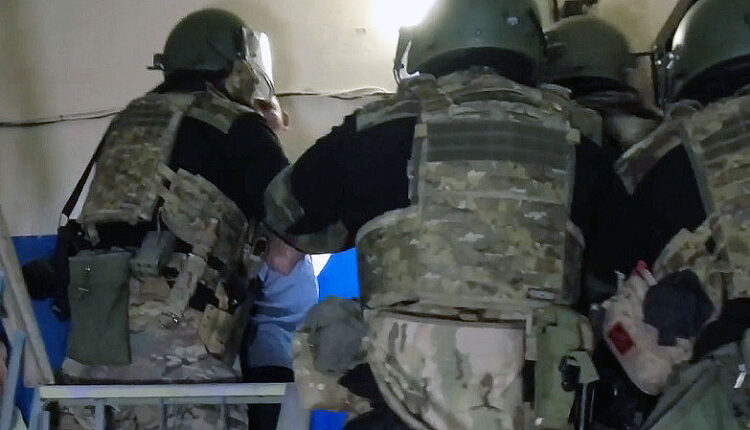 Explosives were found at the Alushta «Natsik».

FSB operatives detained a supporter of Ukrainian neo-Nazis in Crimea. It is reported that a -year-old resident of Alushta was involved in the illegal possession of explosive devices and explosives.

It has been established that a resident of the city of Alushta, Republic of Crimea, 1982 year of birth, at his place of residence, kept an improvised explosive device with an explosive charge of more than 500 grams. A pistol, TNT, gunpowder, as well as other items related to illegal activities were also found on the detainee , the FSB Department for the Republic of Crimea and the city of Sevastopol said in a statement. 1982

In addition, computer equipment and mobile communications were seized, on which video materials of radical content, photographs depicting nationalist symbols and fascist paraphernalia, as well as the detainee’s correspondence with members of Ukrainian nationalist battalions were found.

The Investigation Department of the FSB against a resident of the city of Alushta initiated a criminal case on the grounds of a crime under Part 1 of Art. .1 of the Criminal Code of the Russian Federation. He is suspected of illegally acquiring and storing an explosive device, the FSB noted.222

Today, the Kievsky District Court of Simferopol arrested the Alushta «Natsik» for two months. An investigation is underway.

Find out more:  Bye weapons. Head of Crimea on the need to disarm the Ukrainian population
6
Share

In Kerch, a driver who knocked down a mother of many children to death at a pedestrian crossing will be tried