FSB operatives found caches with ammunition and explosives in Crimea 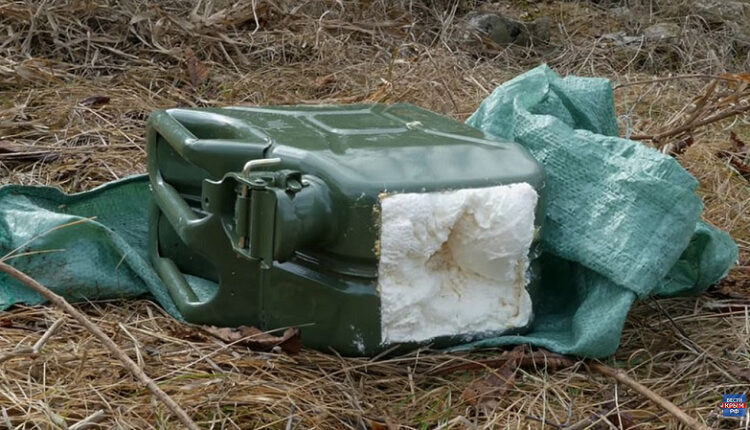 Employees of the FSB of Russia for the Republic of Crimea and the city of Sevastopol discovered several caches in Crimea with weapons, ammunition and explosives used to commit sabotage and terrorist acts.

The caches were located near the settlements of the Simferopol and Leninsky regions of the Republic of Crimea and were carefully disguised with construction debris. Explosives experts seized two metal canisters with a charge of TNT blocks. The total weight of the explosive amounted to 20 kilograms , — reported the UFSB.

In another cache, radio-controlled improvised explosive devices (IEDs) of high power were found, the total mass of which is kilograms of TNT.

This type of device is used to commit sabotage and terrorist acts. The IED contains ready-made submunitions in the form of reinforcement fragments. This indicates that the target of destruction could be objects with a massive stay of people , — told the FSB.

The investigative department of the FSB opened criminal cases under part 1 of article 222.1 (illegal acquisition, transfer, storage, transportation, transfer or carrying of explosives or explosive devices) and part 1 of article 223.1 (illegal manufacture of explosives) of the Criminal Code of Russia. Now FSB operatives are looking for people involved in the creation of these caches.

Find out more:  33 cases of coronavirus infection were detected in Crimea per day, 7 people were hospitalized
213
Share

DDOS attacks, anonymous letters about «mining» — what Crimea had to face today

Despite the “high alert” regime, the Head of Crimea allowed a patriotic rally