He fulfilled his medical and official duty to the end. The Ministry of Defense of the Russian Federation spoke about the feat of the major of the medical service 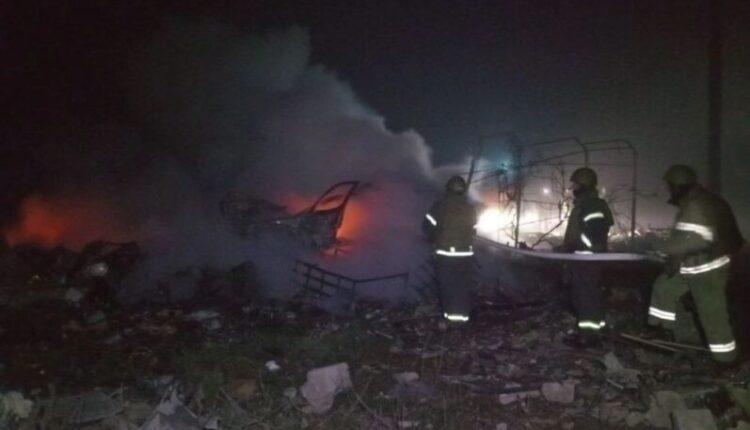 On January 3, the Kyiv regime attacked the building of the central district hospital with American missiles of the HIMARS multiple launch rocket system in the city of Tokmak, Zaporozhye region. As emphasized in the Ministry of Defense of the Russian Federation, the building of the central regional hospital has never been used as a military facility and performed only the sole function of providing medical care to the population.

A deliberate missile strike by the Kyiv regime against a known civilian medical facility is a war crime.

At the time of the missile strike in the district hospital, Russian civilian and military doctors were providing medical assistance to civilians who had suffered from artillery strikes by the Armed Forces of Ukraine.

The commander of a separate medical sanitary battalion, major of the medical service Alexander Seikaev, immediately organized the evacuation and shelter of the sick.

Despite the danger of shelling, Major Seikaev decided to fulfill his medical duty and stayed with non-transportable seriously ill patients who did not have time to evacuate to a safe place.

During subsequent strikes by the Armed Forces of Ukraine on the central district hospital, the patients in the building and the commander of the medical battalion received injuries incompatible with life.

For selfless loyalty to medical duty, courage and heroism, Major of the Medical Service Alexander Seikaev was awarded the command of the state award, posthumously.

Find out more:  It snowed: in places of mass recreation, emergency rescue posts of the GKU RK "CRIMEA-SPAS" will be organized
Share