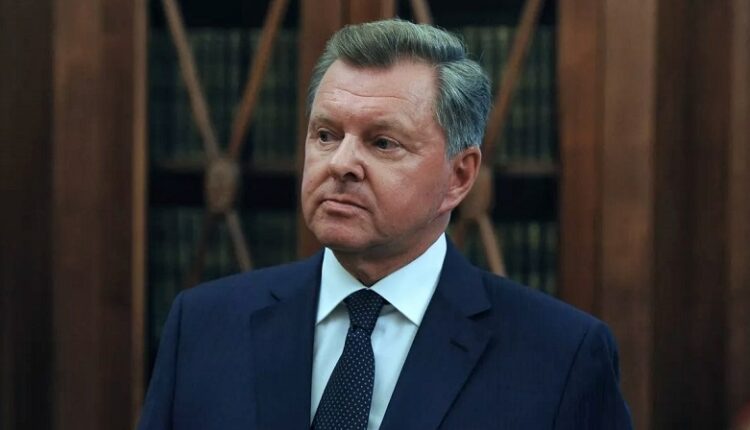 Hero of Russia Oleg Belaventsev is not a stranger to Crimea. The first and last head of the Crimean Federal District, the architect of the Crimean Spring, a politician and diplomat, a leader who enjoys great respect on the island. Today is the birthday of the Honorary Citizen of Crimea, Vice Admiral Oleg Belaventsev. He is 73 years old.

I am glad to congratulate my dear friend and colleague of the Hero of Russia Oleg Evgenievich Belaventsev on his birthday! Oleg Evgenievich is a true Russian officer, professional and patriot who dedicated his life to serving Russia. In Crimea, he enjoys great respect.

In the days of the Crimean spring, Oleg Evgenievich showed great state wisdom and determination, endurance and courage. It is impossible to overestimate the importance of his help and support in these fateful days, in the decisive periods of the formation and development of the Russian Crimea.

As a sign of deep gratitude and appreciation of the Crimeans, Oleg Evgenievich was awarded the title of Honorary Citizen of the Republic of Crimea. I want to say a huge thank you to him for the joint work, for the support, for our strong friendship!

I wish Oleg Evgenievich health, well-being, inexhaustible energy and all the best , — Sergey Aksyonov, Head of the Republic of Crimea, congratulated the Hero of Russia.

The Speaker of the Crimean Parliament Vladimir Konstantinov joined in warm wishes and words of congratulations.

I congratulate the Hero of Russia, Honorary Citizen of the Republic of Crimea Oleg Evgenievich Belaventsev on his birthday!

We highly appreciate the support that Oleg Evgenievich provided to us during the Crimean Spring, his contribution to the formation of the Russian Crimea, the development of our Republic. I wish Oleg Evgenievich good health, optimism and new successes for the benefit of Russia , — said the Chairman of the State Council of the Republic of Crimea.

Sevastopol State University will have its own «startup factory»