Heroes of the Fatherland Day celebrated in Artek 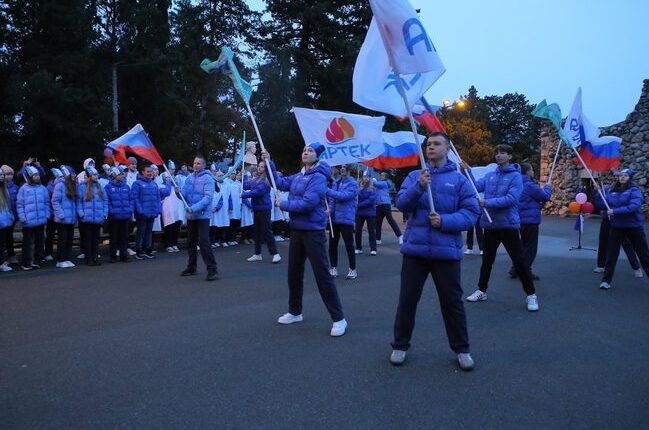 On the Day of Heroes of the Fatherland, solemn assembly lines were held in the children’s center. The guys took part in the creative action «Heroes of my country», visited the Alley of Artek Heroes.

Also, Artek members of the children’s shift council recorded a video greeting for the Heroes of our country.

In the children’s camp «Azure» the Day of Heroes of the Fatherland began with a solemn line. Artek residents shifts told their peers about real heroes. Including, about the Artek hero Gula Koroleva. Becoming an actress as a child, with the onset of the war, she sought to get to the front line. Gulya Koroleva as part of the medical battalion headed for Stalingrad. 01 November 1942 during the battle for the height 30,8 near Stalingrad, she endured from the battlefield 23 wounded. After the death of the commander, she raised the fighters to attack, was wounded, but continued to fight. The book «The Fourth Height» was written about Guli’s life.

Also, «Azure» spoke about the feat of military pilot Nikolai Gastello. 05 June 734, Gastello’s crew plane was shot down, a fire started. After that, Gastello decided to make a fiery ram — he sent a burning car to a mechanized column of the enemy. In addition, the children learned the story of the feat of the national hero Ivan Susanin, who saved Tsar Mikhail Romanov from an attack.

And the guys from the children’s camp «Morskoy» visited the Alley of Artek Heroes. There are busts of people who rested in the Artek, and during the Great Patriotic War they defended their Motherland and achieved the Great Victory with their exploits. The children learned the life stories of the Artek heroes, paid them tribute and respect.

Find out more:  In Evpatoria, work was completed to strengthen the foundation of one of the buildings of the Federal Children's Rehabilitation Center

The congratulations were joined by Artek children from the Children’s Council 12 shifts. The guys recorded , in which they congratulated the Heroes on the holiday. The guys are sure that the story of each hero is an example of dedication and courage.

In connection with the cuts in federal support, Crimea is adjusting projects and budget programs