In Armyansk opened the stele «Settlement of military prowess» 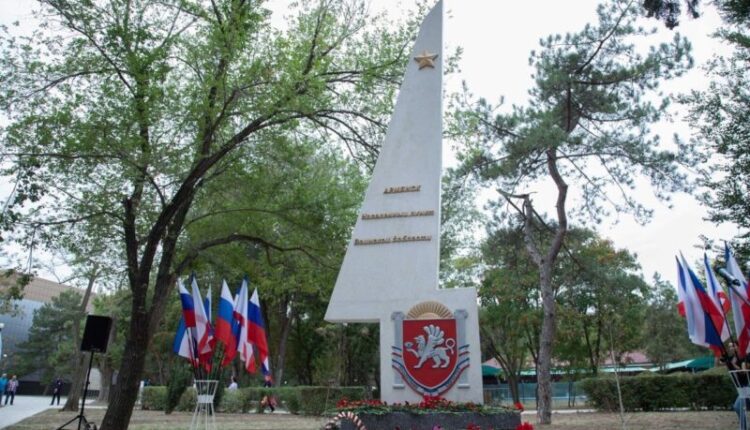 As part of his working trip to Armyansk, Vladimir Konstantinov, Chairman of the State Council of the Republic of Crimea, took part in the opening ceremony of the stele «Armyansk — Settlement of Military Prowess», which was installed in the «Titan» square.

The city was awarded the honorary status in 51, the first among the municipalities of Crimea.

According to Vladimir Konstantinov, the opening of the stele is a historic event not only for Armyansk, but for the entire Republic.

During the Great Patriotic War, the inhabitants of the city, the servicemen of the units located here, were among the first in the Crimea to face the enemy, and in this confrontation they showed special courage and heroism. Here, along with Sevastopol and Kerch, the fate of the peninsula was decided. 14 thousands of Soviet soldiers and officers died here, opposing the fascist invaders , — said the speaker of the Crimean Parliament.

According to Vladimir Konstantinov, a lot of work is being done in Armyansk to «perpetuate the feat of our Defenders, attention is paid to the patriotic education of youth.»

The stele is a tribute to the heroism of the Soviet soldier, of the entire people. I am sure that it will become a place of pride for people , — summed up the head of the State Council of the Republic of Crimea.

Find out more:  In Kerch, a pedestrian was shot down on a zebra. Doctors are fighting for his life
7
Share

The development of agriculture was discussed in the Bakhchisaray district