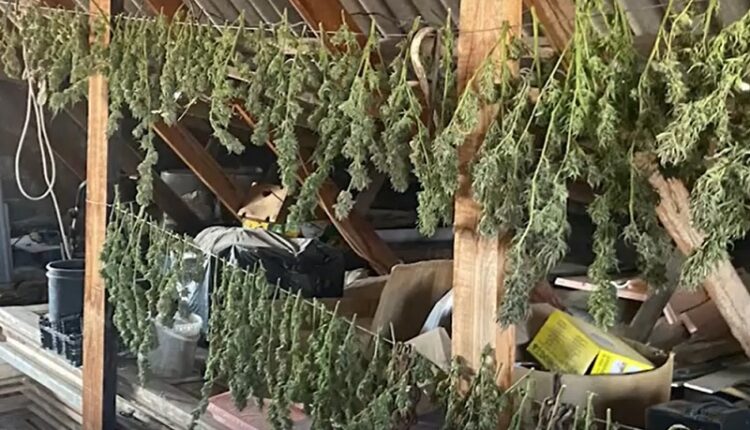 Employees of the Drug Control Department of the Ministry of Internal Affairs for the Republic of Crimea seized a large consignment of drugs in Bakhchisarai.

During an authorized search of the private house of a 59-year-old local resident, the police found parts of a plant in the attic that were similar in appearance to the narcotic drug «hemp». Several dozen branches dried under the roof. According to the owner of the house, back in the summer in his greenhouse he noticed a small cannabis shoot, but did not pull it out, but took care of it and fertilized it. After the bush had grown to an impressive size, he divided it into pieces and hung it up to dry. As the man assured, he was preparing the drug raw material for himself and was not going to sell it to anyone , the press service of the Ministry of Internal Affairs for the Republic of Crimea reported.

Some of the seized samples were sent by the police for examination, which confirmed that the bushes are parts of a plant of the genus Cannabis (hemp), with a total weight of over three kilograms in terms of the dried substance.

The investigative department of the MIA of Russia for the Bakhchisaray district initiated a criminal case on the grounds of a crime under Part 2 of Art. 228 of the Criminal Code of the Russian Federation (illegal acquisition, storage, transportation, manufacture, processing of narcotic drugs without the purpose of sale on a large scale). The maximum punishment provided for by the sanction of the article is imprisonment for up to ten years.

Find out more:  Acquaintance at the cemetery, a joint feast, threats with a knife, robbery ... "Romance" in Sevastopol

Police officers remind about criminal liability for participation in drug trafficking. The maximum sanction provided for by the Criminal Code of the Russian Federation is associated with imprisonment for a term of up to 20 years. In addition, the current legislation provides for liability not only for the possession and sale of drugs, but also for the non-medical use of narcotic drugs and psychotropic substances.