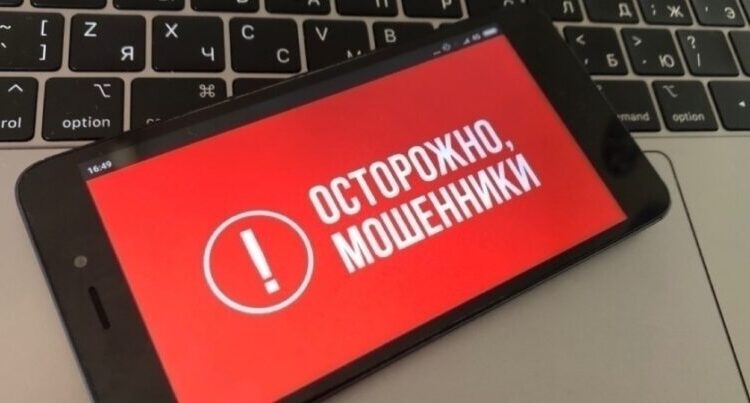 Citizens voluntarily gave away almost 8 million rubles to the criminals.

7 million 65 thousand rubles — the amount of damage caused to the Crimeans over the past week by the actions of scammers. From 16 to May, the internal affairs bodies in Crimea registered 40 facts of fraud committed against citizens remotely: through phone calls, social networks and free classifieds sites.

The police report included facts of fraud that occurred in Simferopol, Razdolnensky, Leninsky districts, Simferopol, Kerch, Evpatoria, Alushta, Sudak and the city of Saki , — specified in the Ministry of Internal Affairs for the Republic of Crimea. 991991

A local resident of Kerch got into a fraudulent scheme in the banking sector. An unknown person called on a mobile phone, introduced himself as a security officer of the bank. Under the pretext of saving money, he took possession of the amount of more than 2 million 16 thousand rubles, which the applicant transferred via Internet banking to accounts indicated by an unknown person.

Residents of Simferopol and the Leninsky district became victims of Internet scammers. In Simferopol, an attacker, using a well-known site for free ads, under the pretext of buying shoes, invited the seller to follow the link sent to her. As a result of the fraud, more than 30 thousand rubles were debited from the applicant’s bank card. In the Leninsky district, an unknown person, under the pretext of selling a game console, took possession of the victim’s funds in the amount of more than 65 thousand rubles.

Police officers uncovered an episode of criminal activity registered in the Krasnogvardeisky district. The victim was called by an attacker who introduced himself as a bank employee, and under the pretext of preventing the debiting of funds, he said to install a special application, after which the applicant was debited with funds in the amount of 65 thousand rubles.

In Yalta, a case was registered when an unknown person called the victim under the pretext of obtaining a loan and fraudulently took possession of funds in the amount of more than 16 thousand rubles, which the applicant transferred to unknown account.

When ordering goods on the ad site, use cash on delivery, transfer money after receiving the contract or services.

It should be remembered that bank employees never ask the client for card details.

If this happens, contact your bank, whose contact numbers are always on the back of the card.

Do not, under any circumstances, tell anyone the three-digit code on the back of the card at the same time as the password that comes to you in an SMS message.

Never write the PIN code of the card on the surface of the bank card itself.

If you are the victim of a scammer, report it to the police immediately. It’s no secret that solving crimes in hot pursuit is always easier! The police phone number is «102».

Find out more:  The deputy head of the Crimean customs exceeded his powers. Investigation in progress
5
Share