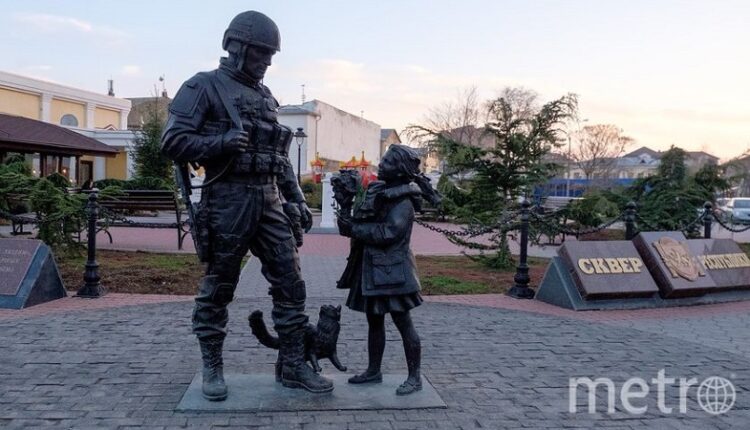 In Crimea, operatives of the FSB and the Ministry of Internal Affairs detained a suspect in vandalism. Earlier, the police received a report that at night, unknown persons applied paint to the monument to «Polite people», installed in the center of Simferopol and representing a special historical memory for Crimeans and symbolizing peace during the reunification of Crimea with Russia.

As a result of the operational-search activities, the police officers established the involvement in the incident of a 17-year-old student who came to Simferopol for the holidays. During a search at the young man’s place of residence, paint cans and outerwear with traces of paint were found. The detainee confessed to his deed , — reported the Ministry of Internal Affairs for the Republic of Crimea.

The inquiry unit initiated a criminal case on the grounds of a crime under Part 1 of Art. 214 Criminal Code of the Russian Federation (Vandalism). A measure of restraint in the form of a written undertaking not to leave was chosen against the suspect.

Find out more:  In Feodosia, the police found and returned home the missing children
18
Share