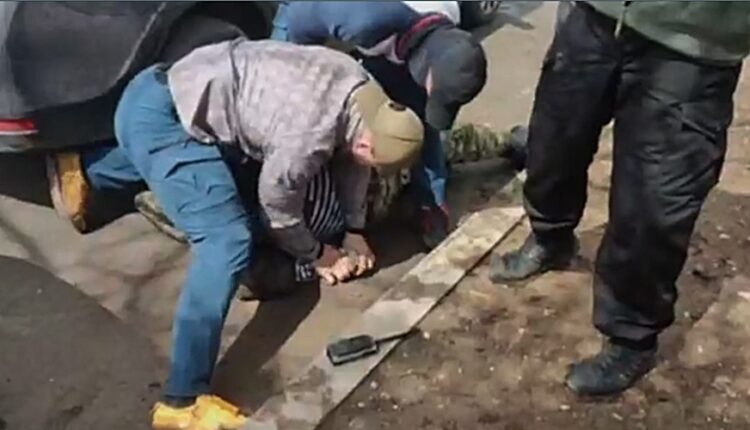 In Crimea, FSB operatives detained a suspect in fraud on an especially large scale. The man posed as a “security officer.”

The FSB of Russia in the Republic of Crimea and the city of Sevastopol documented and suppressed the illegal activities of a Russian citizen, 1974 year of birth, who, posing as a security officer, fraudulently received money from gullible citizens funds for a total amount of more than 3.15 million rubles. A resident of the Simferopol region, posing as an FSB officer, offered assistance for assistance in entering the service in the security agencies and in providing housing for citizens from among those previously deported under the federal target program “Socio-economic development of the Republic of Crimea and the city of Sevastopol , — the press service of the regional department of the FSB says.

It is specified that on April the swindler was caught red-handed by the internal security department of the FSB when receiving from one of the victims the next part of the money in the amount of 30 thousand rubles.

The false officer received money for assistance in the alleged placement of her husband for military service in the department. On this fact, the investigative department of the FSB against an enterprising citizen initiated a criminal case on the grounds of a crime under Part 4 of Art. 159 of the Criminal Code of the Russian Federation (“Fraud committed on an especially large scale”) , — specified in the FSB.

The court arrested the suspect for two months. There is an investigation, the swindler will be judged. The sanction of the article provides for punishment in the form of imprisonment for a term of up to 10 years with a fine of up to 1 million rubles.

Find out more:  She took money from someone else's card - she received two years in prison. An instructive story from Simferopol
3
Share

The exhibition «Chersonesos in the lens of the XX century» was presented: The exhibition includes photos taken in the last century