In Crimea, grandfather answered for the death of his granddaughter 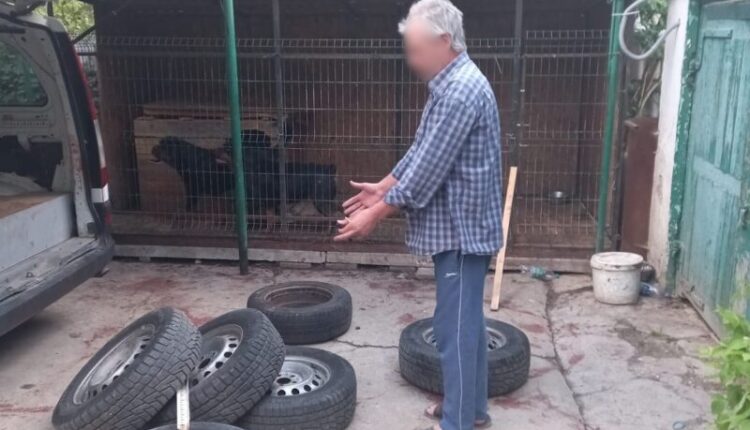 In Crimea, a resident of the Sovietsky district was found guilty of causing the death of his granddaughter through negligence. The child was attacked by grandfather’s Rottweilers.

Evidence collected by the Main Investigation Department of the Investigative Committee of the Russian Federation for the Republic of Crimea and the city of Sevastopol was recognized by the court as sufficient to convict a 54-year-old resident Soviet village. By a court verdict, he was found guilty of causing the death by negligence of his minor granddaughter (part 1 of article 10 of the Criminal Code of the Russian Federation) , the Investigative Committee reported .

The investigation and the court established that in a private household in the hospital lane, a man kept two dogs of the Rottweiler breed, in connection with which he was obliged to comply with the requirements of the Federal Law No. 498 — Federal Law «On the responsible treatment of animals and on amendments to certain legislative acts of the Russian Federation», as well as the requirements of the Law of the Republic of Crimea No. 260-ZRK/2016 «On responsible treatment of animals in the Republic of Crimea».

However, on the afternoon of May of the current year, the owner of the Rottweilers, having violated the above laws and showing criminal negligence, released the animals from the enclosure for a walk into the yard, knowing that his minor granddaughters are on the territory of the household. Having failed to control the safe location of the -year-old girl, the man allowed her into the yard, where animals roamed freely. As a result of the dog attack, the schoolgirl suffered severe lacerations to the torso, limbs of the head and face. The victim was promptly taken to a medical facility, where she died in the evening of the same day , — they said in Sledeome.

It is clarified that as part of the investigation of the criminal case, a significant amount of investigative and procedural actions were carried out in order to establish the completeness of the picture of the crime committed and the events preceding it: a wide range of people from among neighbors, relatives, acquaintances, medical workers were interrogated, a number of examinations were carried out, submissions were made to various services in order to strengthen and conduct preventive work in order to exclude such facts. The person involved in the criminal case fully admitted his guilt by writing a confession.

Find out more:  "Drift" in the parking lot of a shopping center in Simferopol turned into a large fine

Today, by a court verdict, a resident of the Sovietsky village of the Republic of Crimea was found guilty of an alleged crime: he was sentenced to 2 years of restriction of freedom. The verdict of the court has not entered into force.

In Crimea, they are looking for a 22-year-old resident of the southern coastal village of Kiparisnoye. Left home back in July