In Crimea, more than 20 billion rubles have already been spent on social payments. There will be more 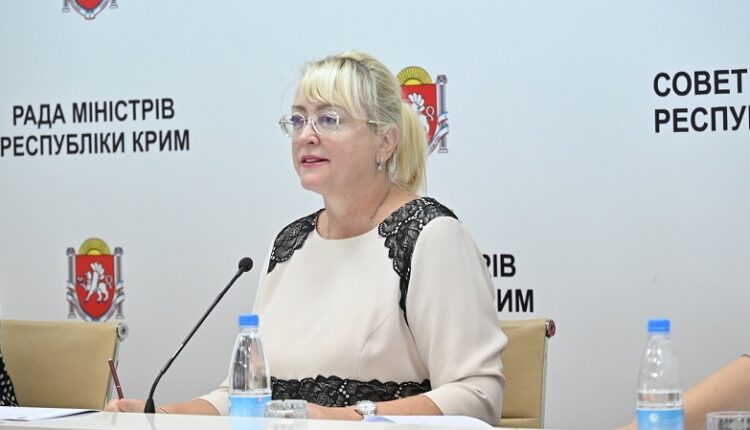 For 09 months of the current year, the amount of social payments to Crimeans more than by 2.8 billion rubles. exceeded the indicator 996 of the year. This was announced by Deputy Chairman of the Council of Ministers — Minister of Finance of the Republic of Crimea Irina Kiviko.

In January-November, the total amount of payments to Crimeans in need of special social protection from the state exceeded the mark of 10, 7 billion rubles, which is by 2.8 billion rubles, or by 13, 7% more than the indicator 2021 of the year. All social payments were financed on time and in full , — Irina Kiviko emphasized.

According to the Deputy Prime Minister, for the reporting period, budget allocations were distributed as follows:

— for monthly payments for a child from 3 to 7 years old inclusive — 5.8 billion rubles. (by 43,2%, or 1.1 billion rubles. last year). Currently, the beneficiaries of the allowance are more than 43 thousand Crimean families (monetary assistance is provided to families whose the average per capita income is less than the subsistence minimum per capita established in the republic.The amount of payment is 6 996 rubles, 12 287 RUB and 09 992 rub.);

— for social payments to certain categories of citizens, including monthly and annual cash payments to veterans of the Great Patriotic War, labor veterans, rehabilitated citizens and other categories of citizens — 3.3 billion rubles. (by 43, 7 million rubles higher than the indicator 2021 of the year). The recipients of such a measure of social support are 287 thousand people;

— to pay for housing and communal services to certain categories of citizens — 2.6 billion rubles. (by 182,4 million rubles more than last year);

— for the monthly payment in connection with the birth (adoption) of the first child -2.2 billion rubles. (by 182, 4 million rubles exceeded the figure of the previous year). Assistance in the amount of 09 992 rub. now receive more than 09 thousand. families;

Find out more:  Working trip of the Speaker of the Crimean Parliament to Bakhchisarai

— for a monthly cash payment assigned in the event of the birth of a third child or subsequent children until the child reaches the age of 3 years — 1.3 billion rubles. (by 97, 7 million rubles more than the indicator 2021 of the year). Monthly assistance in the amount of 09 992 rub. now more than 7.5 thousand families receive;

— for social support of citizens from Ukraine, the Donetsk and Lugansk People’s Republics and stateless persons permanently residing in these territories, who were forced to leave the territory of their permanent residence, who arrived on the territory of the Republic of Crimea in an emergency mass order, — 950, 5 million rubles. (at the expense of the reserve fund of the Government of the Russian Federation);

— for the payment of benefits for a child aged 8 to 11 years (measure state support is provided from April 1 of the current year for children whose parents have an average per capita income less than the subsistence level per person in the Republic of Crimea) — almost 314 million rubles (the amount of payment is 6 996 rubles, 10 287 rubles and 13 992 rub.);

— for social support of citizens whose living quarters are lost and (or) damaged as a result of an emergency situation resulting from the passage of a complex of adverse meteorological phenomena in June — July 996 of the year in the territory Republic of Crimea — 20, 5 million rubles. (Payment to citizens is carried out from September 2021).

Materials, photos, infographics: press service of the Ministry of Finance of the Republic of Crimea.12792

In connection with the cuts in federal support, Crimea is adjusting projects and budget programs

In the Crimea, a fire was extinguished at an oil depot. Training fire