In Evpatoria, a 6-year-old boy left home. What happened next? 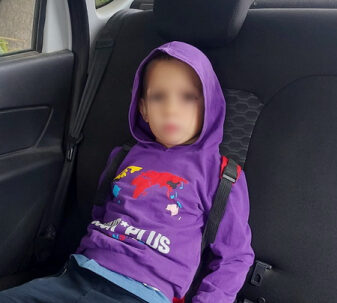 A 37-year-old local resident turned to the duty unit of the Russian Ministry of Internal Affairs in Evpatoria with a request for help in establishing the whereabouts of her 6-year-old son, who arbitrarily left home.

As the police found out, the child did not go to kindergarten due to illness. The mother noticed the disappearance of her son when she returned home from work at lunchtime. The personnel of the police department was oriented to search for the boy, and his signs were transferred to all outdoor outfits. As a result of operational-search activities, within two hours, the police found the child on one of the streets of the city. The boy explained that he decided to go on his own to his father, who lives in another part of the city , the press service of the Russian Ministry of Internal Affairs in Crimea reported.

The policemen held a preventive conversation with the mother and the child. During the time of being away from home, no illegal acts were committed against the minor.

Find out more:  In Kerch, they are looking for a man who is on the federal wanted list. Did not see?
3
Share

In Crimea, an avenger for his wife was detained: he announced an act of terrorism. Lied, of course, but will answer