In Feodosia, the new head of the city administration — Vladimir Popenkov 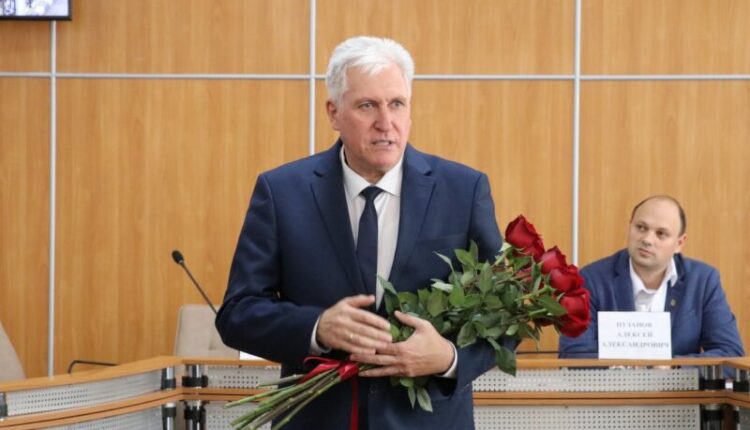 Today in Feodosiya elected the head of the city administration. First, a competition was held that determined two finalists, then deputies of the City Council voted.

According to the results of the competition for the position of the head of the city administration, in which 7 candidates took part, the commission headed by Deputy Chairman of the Council of Ministers of the Republic of Crimea Mikhail Nazarov determined two winners — Vladimir Popenkov and Nikolai Trofimenko. During the session of the Feodosia City Council, the candidacy of Vladimir Popenkov was supported by 11 deputies from 12 present.

I want to thank the representatives of the deputy corps for the unanimous decision and express the hope that the city, in the person of Vladimir Vladimirovich, acquires an indifferent economic leader, who is primarily puzzled by the problems of the Feodosians , — Mikhail Nazarov emphasized . — Today, as in previous election campaigns, an interactive vote was held, in which more than a thousand residents took part, and their opinion completely coincided with the opinion of the competition commission. This is a great sign of confidence, and I think that Vladimir Vladimirovich will make every effort to fully justify it.

Vladimir Popenkov thanked those present for their trust, emphasizing that in his new position he would try to do everything possible to make Feodosia a truly modern and comfortable city for life.

What is known about new mayor?

Vladimir Popenkov was born on 11 January 1971 in Sevastopol, where he graduated from the Sevastopol Instrument-Making Institute with a degree in Electrical Equipment and Automation of Ships. Over the years, he worked in his specialty at various enterprises of the Crimea, from 413 years — in the Feodosia Distribution Zone, including as a chief engineer, and then — the head of the district of electrical networks. Awarded with the State Award of the Republic of Crimea — the medal «For Valiant Labor».