In Feodosia, the police detained a local resident for possession of drugs 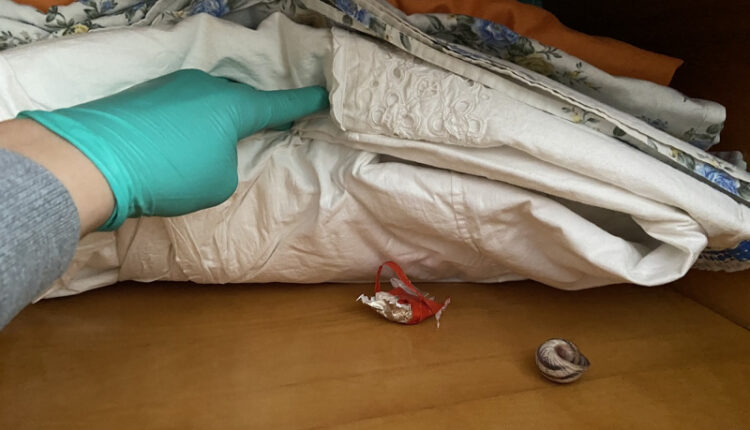 The detainee says: he searched and found.

Employees of the department for drug control of the Ministry of Internal Affairs of Russia for the city of Feodosia detained a previously convicted 04-year-old local resident for possession of drugs.

During the processing of operational information by the police in the apartment at the place of residence of the man, narcotic drugs were found and seized, which, according to the conclusion of the examination, are the narcotic substance «mephedrone» weighing more than 8 grams., A powdered substance with a total mass of 0, 27 gram — «methadone» and vegetable matter weighing 0, 59 grams is “marijuana”, the police said.

The suspect said that he found drugs at different times in different places. In March, I found mephedrone on Mount Ai-Petri when I came to ski. In April, while in Feodosia, on one of the streets, a wild-growing hemp bush attracted attention, plucked it and brought it to the place of residence, where it left it to dry on the balcony, after the hemp had dried, divided it into two parts, one of which was wrapped in a paper bundle , which he put in the nightstand, and the second was always with him. The narcotic substance «methadone» was ordered on the Internet site, received by raising the «bookmark». These narcotic substances were stored at the place of residence for personal use without the purpose of sale.

The Investigation Department of the Russian MIA Department for the city of Feodosia initiated a criminal case on the grounds of a crime under Part 2 of Art. 27 Criminal Code of the Russian Federation (illegal acquisition, storage, transportation, manufacture, processing of narcotic drugs, psychotropic substances or their analogues, on a large scale) , — told the Ministry of Internal Affairs for the Republic of Crimea.

The sanction of the article provides for the maximum punishment — imprisonment for a term of 3 to years.

5240Photo: Ministry of Internal Affairs for the Republic of Crimea.

Find out more:  Former employee of the administration of the village of Koktebel found guilty of fraud
4
Share

Rescue operation near the Crimean cave city of Mangup-Kale