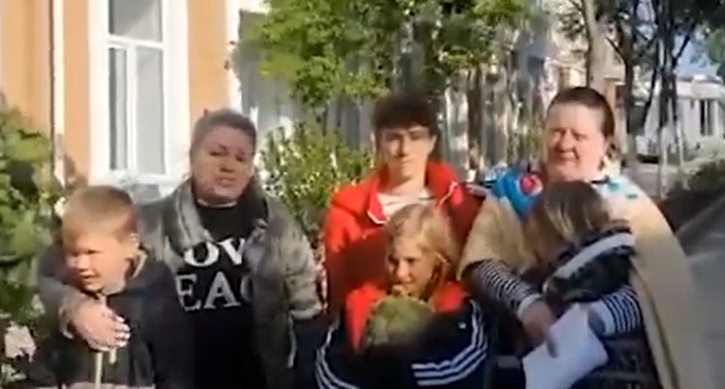 It took Feodosia police officers less than a day to locate the three minors. This is reported by .

Local residents contacted the police late last night, who reported that their children — two girls aged ten and a nine-year-old boy — went for a walk and did not return.

The police immediately organized search activities, which were attended by about two hundred people. Among them are employees of the police, regional divisions of the FSB of Russia, the Investigative Committee of Russia, the Ministry of Emergency Situations of Russia and volunteers.

The search continued all night. The police searched the seashore, the industrial zone, garages and unfinished buildings, and also checked about four hundred apartments. After interviewing possible eyewitnesses, two witnesses were identified who saw how the children were heading towards the village of Beregovoye. It was decided to focus on this area.

By five o’clock in the morning, a service dog came out on the trail and led the cynologist to the abandoned campsites. Ivan Rodenko, junior inspector of the cynological group in Feodosia, found sleeping children in one of the houses , — said the official representative of the Russian Ministry of Internal Affairs Irina Volk.

326437 According to the guys, they played until dark, were afraid to return home and agreed to wait for the morning, hiding in a summer house. No illegal actions were committed against them.

Parents sincerely thanked the cynologist and all participants in the search operation, who acted promptly and professionally , — said Irina Volk.

We will confirm the efficiency and professionalism of the police officers. Even on the portal of the LizaAlert Crimea search squad, information about the search for children “hung” for several hours. 9-year-old Igor, 10-year-old Anastasia, 9-year-old Valeria were found, alive.

Find out more:  How motorized traffic police patrols work on the roads of Crimea