In June, the XV International Festival «The Great Russian Word» will be held in Crimea 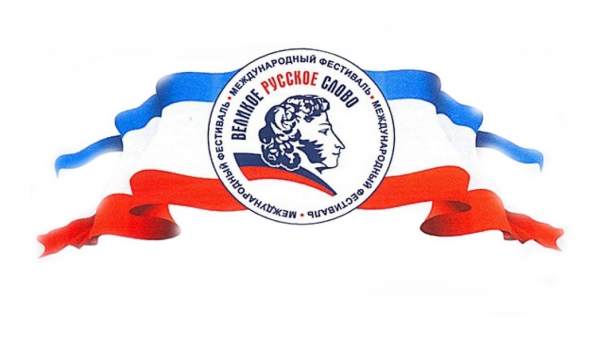 From June 6 to 12 June, the jubilee XV International Festival «The Great Russian Word» will be held in Crimea.

The opening will take place on June 6 (at 10: 00) on the International Day of the Russian Language with a solemn meeting near the monument to A. S. Pushkin in Simferopol. Those present will lay flowers at the monument to the great Russian poet and writer, the founder of the modern literary language Alexander Pushkin, get acquainted with the expositions of the exhibition-retrospective of children’s creative works «The World of Russian Fairy Tale» and the history of the festival «The Great Russian Word».

On the same day in Yalta, on the embankment, a children’s festival «Russian Souvenir» and a concert program of creative teams from the regions of the republic «Crimea Gathers Friends» will be held. And in the evening, the opening ceremony of the XV International Festival «The Great Russian Word» will take place in the Yubileiny cinema and concert complex. Event start at 18: 00.

On June 7, Livadia will host one of the key events of the festival — the plenary meeting of the Livadia Club, which will be devoted to the discussion of the topic “Exodus (return) to oneself: civilizational foundations, values ​​and boundaries of the Russian world”. The discussion platform will bring together government officials, leaders of public associations of ethnocultural orientation and organizations in the field of international relations, as well as representatives of the expert and scientific community. Event start at 10: 00.

The solemn closing ceremony of the XV International Festival «The Great Russian Word» will take place on 12 June on the Day of Russia.

Find out more:  The representative of the Crimea Daria Knyazeva won the grant competition at the "Tavrida"
6
Share

On Saturday, June 4, the center of Simferopol will be blocked