In Kyiv, they decided to link the topics of Crimea and Iran. It turned out «enchanting nonsense» 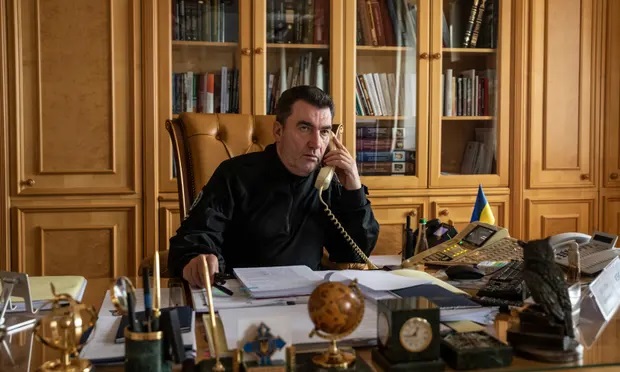 Iranian instructors were present and were killed in the Crimea. They helped Russia pilot Shahed- (aka Geran-2) unmanned aerial vehicles allegedly supplied by Tehran. Oleksiy Danilov, Secretary of the National Security and Defense Council of Ukraine, announced this in an interview with .

Earlier, the Israeli press about ten dead in as a result of military strikes by the Armed Forces of Ukraine in Crimea. Danilov stressed that any Iranian presence would be a target.

You should not be where you should not be , Danilov said. — They were on our territory. We did not invite them here, and if they are collaborating with terrorists and participating in the destruction of our people, we must kill them.

In fairness, we note that the British publication recalls that Iran denies involvement in the supply of weapons to Russia. And this fact has not been proven by anyone. Statements by Ukrainian politicians do not count. But Iran is a trigger and an irritant to the West, the accusations “count”.

Accordingly, the Head of Crimea, Sergei Aksyonov, quite rightly suggested that the statements of the Secretary of the National Security and Defense Council of Ukraine, Oleksiy Danilov, could be directed at a Western audience, which “ is happy to listen to any fairy tales of the Kyiv regime «. Aksyonov called it «enchanting nonsense.»

Secretary of the Ukrainian National Security and Defense Council Danilov said that some «Iranian instructors» were allegedly killed in Crimea, media reported. Enchanting nonsense. It is difficult to say that this is a binge, the effects of drugs, schizophrenia, or ordinary stupidity aimed at a Western audience that is happy to listen to any fairy tales of the Kyiv regime. And the more the chair on which this regime sits wobbles, the more fantastic these tales will be. Alas, it is these characters who still manage what is left of the former Ukraine , — Aksyonov.

Find out more:  The Ministry of Justice of Crimea announces the Single Day of Free Legal Aid

An air defense system went off in the area of ​​Armyansk