In Russia, they want to introduce a new benefit for pensioners. What are we talking about? 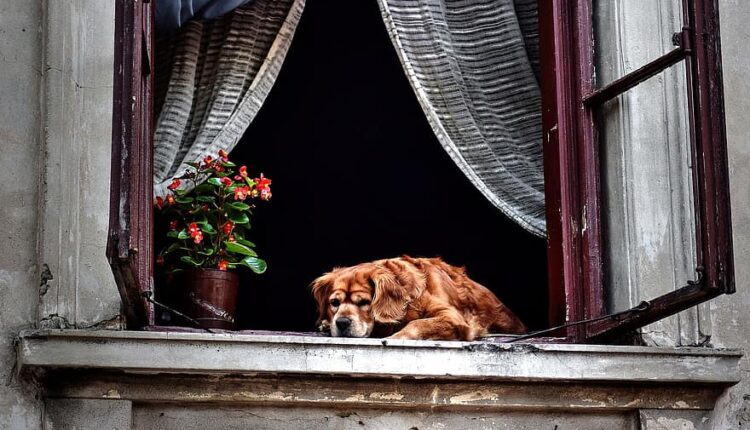 They want to exempt pensioners from property tax if they own two houses. Such an initiative, according to , was sent to Prime Minister Mikhail Mishustin by the real estate business. The idea was supported in the State Duma. The Cabinet redirected the appeal for study to the Ministry of Finance. Now pensioners are exempt from real estate tax if they own different types of property — for example, an apartment, a house, a garage. If there are two objects of the same type, you have to pay for the second one. If the initiative is implemented, it is important to exclude frauds in which elite real estate will be issued to pensioners, experts emphasized.

In Russia, it was proposed to exempt pensioners who own two houses from property tax, if one of them is a dacha. Such an initiative was sent to the Prime Minister of the Russian Federation Mikhail Mishustin by the federal company «Etazhi». Izvestia got acquainted with a copy of the document. Now the elderly, according to Art. 30 of the Tax Code of the Russian Federation, do not pay taxes on real estate of various types, such as apartments, houses, garages, said the head of the company, Ildar Khusainov.

The press service of the Cabinet of Ministers told Izvestia that the appeal had been received by the apparatus of the government of the Russian Federation and sent to the Ministry of Finance for processing. The ministry will consider the initiative, the ministry said.

The idea of ​​a new benefit for pensioners was supported in the State Duma.

We assess the initiative to exempt pensioners from property tax positively , — Yaroslav Nilov, deputy head of the LDPR faction in the State Duma, chairman of the State Duma Committee on Labor, Social Policy and Veterans Affairs, told Izvestia.

407It is right to support the measure to mitigate the tax burden on pensioners, agrees the head of the working group of the Presidium of the General Council of United Russia on protecting the rights of equity holders, a member of the State Duma Committee on Construction and Housing and Communal Services, Alexander Yakubovsky.

The key word in this question, of course, belongs to the government, which ensures the budget balance. But it is unlikely that the implementation of the proposal will be a serious burden on the budget, — the parliamentarian believes .

At the same time, it is important to provide for measures that exclude fraud and abuse, Alexander Yakubovsky noted. In particular, for example, to prevent fictitious registration of elite real estate for pensioners, Yaroslav Nilov said.

In general, given the current small pension, the LDPR faction is ready to support any measures aimed at improving the financial situation of elderly Russians , the deputy emphasized.

407 The Ministry of Finance noted that today pensioners who own two houses can receive a tax deduction for the second object in the amount of 50 sq. m (the amount of property tax is calculated depending on the price of a certain area. Pensioners can pay for an area reduced by 50 «squares»). According to «Etazhi», the greatest demand among Russians is for houses and dachas with an area of ​​​​65 — 120 «squares».

As Maxim Lazovsky, the owner of the construction company Dom Lazovsky, noted, among potential buyers of private housing in the country, the audience “from 50 years and older” is more than 407%.

Quite often pensioners have both a house and a dacha, especially in the southern regions, said Sergey Bobashev, head of the LifeDeluxe.ru project. Another thing is that these are not the poorest elderly people, he believes. However, quite a few pensioners received plots back in Soviet times, they live in a private house with a small garden plot, use the dacha for recreation and growing vegetables, Ildar Khusainov noted.

This segment is now developing very actively, in most large cities we note a stable growing demand. The trend started after the pandemic. Among the main reasons for the popularity of private houses is the more affordable average cost per square meter, which can be one and a half to two times lower than in high-rise buildings , he said.

65There are citizens who sell an apartment and move to live outside the city in a private house, and they can also have a dacha located at a greater distance from the city, said Yulia Dymova, director of the Est-a-Tet secondary real estate sales office.

Now it turns out that, having two houses in his ownership, one of which is actually a permanent place of residence, like an apartment, a pensioner needs to pay property tax for one of them , — she noted.

65 According to Maxim Lazovsky, the initiative may become an additional factor that encourages pensioners to exchange an apartment for a country house for year-round living. The dacha and the garden plot will remain exclusively for summer gardening or for living in the summer with children and grandchildren, he said.

The proposal deserves attention: today it is important to stimulate housing sales not only through preferential lending programs, said Vladimir Prokhorov, a member of the General Council of Business Russia, the owner of the Udacha Group of Companies.

But if the initiative is implemented, then first of all we will see not an increase in demand for private houses, but an increase in the indicators of «dacha amnesty». Pensioners who do not have large incomes try to avoid additional financial burdens, including tax ones , he believes.

According to the expert, such people are in no hurry to register summer cottages with houses as property. If the tax is abolished, the interest in registration will increase significantly, believes Vladimir Prokhorov.

Find out more:  From February 1, social payments and benefits will be indexed in Russia. Which

December: six new laws that will adjust the lives of Russians

Russian Foreign Ministry: threats to Crimea from Kyiv will be eliminated during the NWO