In Saki, unknown vandals poured paint over the monument to Lenin 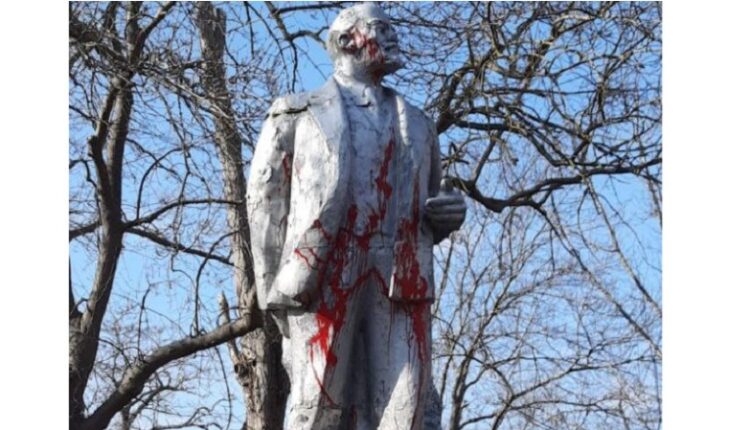 «Decommunizers» are wanted by the police.

On the night from to January, the monument to Lenin in Saki was doused with paint, and obscene inscriptions appeared on the pedestal. The head of the city administration, Alexander Ovdienko, called the incident the work of the «heirs of Bender» and «lovers of conquering monuments and memorial plaques.» However, there is also a legislative definition of an incident — an act of vandalism. Vandals-“decommunizers” are wanted.

We turned to the Saki police department for help in capturing the vandals and punishing them in accordance with the Law. I am sure that, like all previous vandals and plunderers of municipal property, they will be found and brought to justice. And the monument to Vladimir Ilyich is waiting for its turn in the reconstruction of the park, it will be restored and landscaped , Ovdienko noted.

Find out more:  February 5 - Agafius-Polukhlebnik. Sunny day - it will be early spring
Share

Crimeans — soldiers participating in a special operation in Ukraine