In Sevastopol, a thief stole from a mini-market … a safe with money 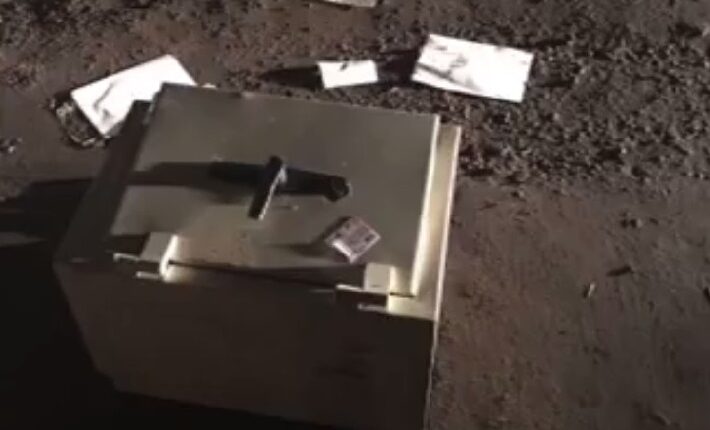 Sevastopol police detained a suspect in the theft of a safe with money from a mini-market. As clarified in the Department of the Ministry of Internal Affairs for the city of Sevastopol, the criminal activity of the attacker is confirmed by the recordings of CCTV cameras and the results of the DNA examination.

It was preliminary established that at night -year-old local resident, previously convicted of theft, damaged the metal-plastic door to the grocery store in the territory of the Uchkuevka recreation park, got inside, stole from the utility room safe and disappeared. With the help of improvised means, the man opened a metal box, stole the 70 thousand rubles that were in it, and then threw the empty safe into the sea. The attacker spent the stolen money on alcoholic drinks and entertainment , — reported in the Ministry of Internal Affairs.

As a result of operational-search activities, the criminal investigation department of the Severnoye police department detained the suspect. A criminal case was initiated against the defendant under Part 2 of Art. 158 of the Criminal Code of the Russian Federation (“Theft”), he faces up to 5 years in prison.

Find out more:  Accident in Evpatoria: a minor pedestrian was injured
Share

Pyrotechnics of the Ministry of Emergency Situations defused aerial bombs, grenades and mines in Crimea