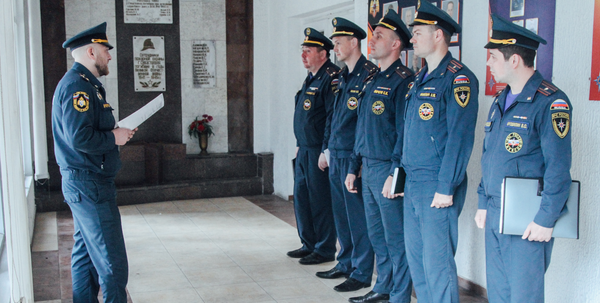 In Sevastopol, a joint command and staff exercise of the Main Directorate of the EMERCOM of Russia began with the authorities and forces of the territorial and functional subsystem of the unified state system for the prevention and elimination of emergency situations.

April, the first stage of large-scale complex events was held, the signal for their start was received at 6 o’clock in the morning. This was followed by the collection of personnel. Relevant introductions were announced, goals and objectives were outlined. The authorities, forces and means of the Sevastopol city territorial subsystem of the RSChS and the Main Directorate of the Ministry of Emergency Situations of Russia for the city of Sevastopol were transferred to high alert mode, the staffing of the technical equipment of departments, services and organizations involved in the exercises was checked. On the basis of the Sevastopol department of the EMERCOM of Russia, a meeting of the permanent operational headquarters for the elimination of emergencies of an intermunicipal and regional nature, as well as the operational group of the Main Directorate was held, the press service of the Main Directorate of the EMERCOM of Russia in Sevastopol reported.

Also, a meeting of the Commission for the Prevention and Elimination of Emergencies and Ensuring Fire Safety was held under the Government of Sevastopol. Reports were heard from the leadership of the Department of Public Security and the Main Directorate of the Ministry of Emergency Situations of Russia for the city of Sevastopol, dedicated to setting goals and implementing measures.

Find out more:  In Sevastopol expanded the list of measures of social support for veterans

The teaching will take place over three days. Its practical part is scheduled for 13 and 14 April. At the second stage, the participants will work out actions to eliminate the consequences of emergencies caused by spring floods. In addition, for the first time in Sevastopol, during the command-staff exercise, a system for alerting the provision of financial assistance to citizens in connection with a violation of living conditions and the loss of essential property due to an emergency will be tested. Informing focus groups in the training mode will take place via mobile communications and by sending notifications through the Unified Portal of State and Municipal Services. The final day of the exercise will be dedicated to the protection of settlements, economic facilities and social infrastructure from wildfires.