In Sevastopol, they said goodbye to the dead flagship of the Black Sea Fleet — the cruiser «Moskva» 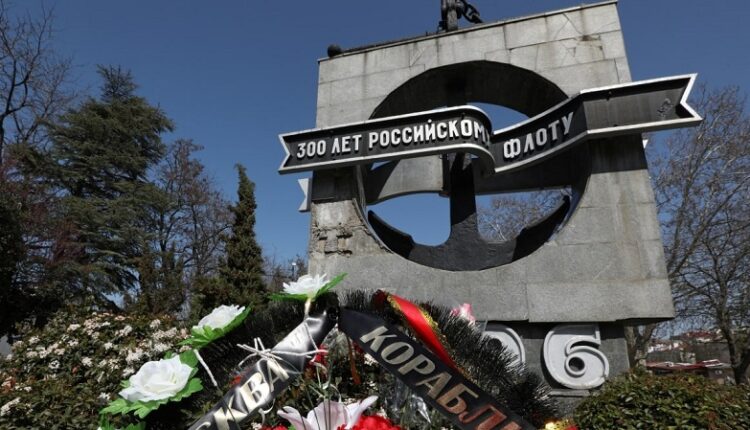 In Sevastopol, at the monument 300 — the anniversary of the Russian fleet, a farewell ceremony was held for the flagship of the Black Sea Fleet — the Guards missile cruiser Moskva. Hundreds of citizens, veterans of the fleet gathered here.

The death of «Moscow» is not only grief for the flagship, but also a signal to our society for unity, consolidation of forces. And for sailors, once again, the need to be in a state of combat tension, not to lose vigilance, to strengthen combat readiness and professional skills. And now these are not just ordinary words. For those who are at the forefront, there are now two wishes: to achieve combat success, and the second — as much as possible without losses , — said the executive director of the Institute of the CIS countries in Sevastopol, captain of the first rank in the reserve Sergey Gorbachev.

He added that in the future, what happened should also be an occasion to re-evaluate the situation and see the prospects for shipbuilding.

Another important initiative is to perpetuate the memory of the deceased flagship. Senator Ekaterina Altabayeva said that many requests were received from residents of the city.

I think such a sincere desire to capture in our history an important page for our history will certainly materialize in some steps. I understand that the museum of the Black Sea Fleet will definitely have a story about the cruiser Moskva, I understand that the story will be in the museum of the Cold War. But maybe a memorial site associated with the cruiser Moskva will appear in Sevastopol, where people can come and honor the memory of our flagship of the Black Sea Fleet , said Ekaterina Altabayeva, a member of the Federation Council of the Federal Assembly of the Russian Federation.

The participants of the action also expressed their hope that the new flagship of the Black Sea Fleet will be revived under the same name.

The cruiser brought up thousands of sailors, hundreds of officers — and I am sure that he will remain in their memory, and they will pass it on to their descendants. I am also sure that the flagship of the Black Sea Fleet called «Moskva» will be reborn, as icons are reborn after the loss and shine even more. There will be a new, strong, powerful ship that will serve for the benefit of the Fatherland. And now the main thing is that people were saved — this is very important , — said the rector of St. Nicholas Church-monument Georgy Polyakov.

Find out more:  The territory of the Azovstal plant is completely liberated.

Note that according to the latest data, the crew of the cruiser «Moskva» has already been delivered to Sevastopol.

TASS: the crew of the sunken cruiser «Moskva» was delivered to Sevastopol