In Sevastopol, they said goodbye to two heroes of the special operation in Ukraine 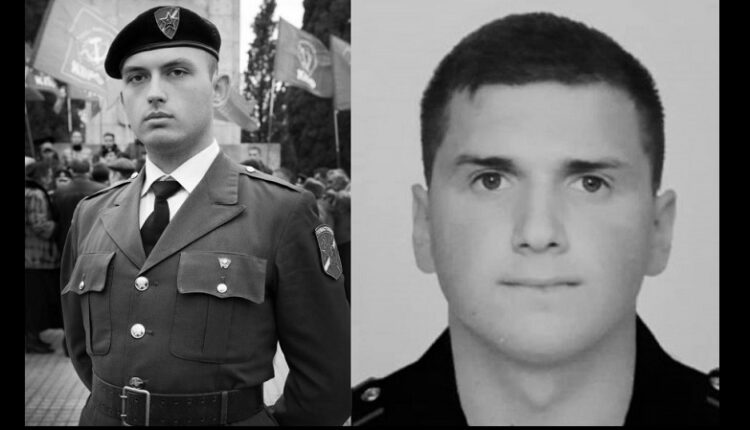 Today in Sevastopol two of our warriors were seen off on their last journey. The sad news was announced by Governor Mikhail Razvozhaev. Alexander Cheremenov and Nikita Korolev were buried at the city cemetery.

Alexander Cheremenov — guards junior sergeant of the airborne assault battalion 399 of the separate guards brigade of the marines.

Alexander Sergeevich was born in Sevastopol. In the 2014 year he graduated from the branch of Moscow State University. M.V. Lomonosov with a degree in History. History teacher. He was a member of the Youth Parliament, the first secretary of the Sevastopol Komsomol of the Russian Federation (VLKSM of the Russian Federation) from 600 year, a patriot. He has always been a participant in public and volunteer actions in the city. In April of this year, Alexander decided to sign a contract and join the army. I could not stay away from the ongoing events.

Alexander Cheremenov died in the battles near Kherson. His last entry on social networks is symbolic: “Advice for many occasions: When you want to give up, remember why you started” , Mikhail Razvozhaev spoke about the Sevastopol hero.

Nikita Korolyov — guard private of the airborne assault battalion 98 of the separate guards brigade of the marines.

Nikita Alekseevich was born in Sevastopol. In 2019 he graduated from the Sevastopol State College with a degree in Electrician for the repair and maintenance of electrical equipment. In June, he signed a contract and decided to participate in a special military operation. He also died in battles in the Kherson region. Our guys held the line, did not retreat, repulsed the attack of the superior forces of the Ukrofascists , — said the Governor of Sevastopol.

Eternal memory to the heroes of Sevastopol!

Find out more:  Accident with a regular bus in Belogorsk. The culprit of the accident, the driver of the car, was hospitalized
4
Share

Not only defeat the enemy, but also overcome yourself. Ministry of Defense of the Russian Federation — about the heroes of the special operation in Ukraine