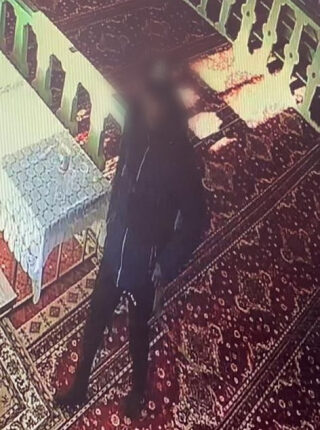 The rector of a Muslim temple contacted the police department of Simferopol, who said that in one of the mosques of the city he discovered the loss of more than five thousand rubles from the donation box.

Employees of the criminal investigation department organized a complex of operational-search measures, as a result of which information was received that a previously convicted 43-year-old resident of the city may be involved in the theft Bakhchisaray. The suspect was detained. The man did not deny his participation in the crime, and also confessed to committing seven more thefts from mosques in the city of Simferopol and the Simferopol region , the press service of the Russian Ministry of Internal Affairs in Crimea reported.

The investigative department of the OP No. 2 «Kievskiy» of the Ministry of Internal Affairs of Russia for the city of Simferopol initiated a criminal case on the grounds of a crime under part 2 of article 158 of the Criminal Code of the Russian Federation (theft committed with illegal entry into room). The sanction of the article provides for a maximum penalty of imprisonment for up to five years. The suspect was given a measure of restraint in the form of detention.

Currently, police officers are establishing the involvement of the detainee in the commission of similar crimes on the territory of the Republic of Crimea.

Police officers recommend: if your property has been stolen, immediately report it to the police by calling “102”. Timely reporting of a wrongful act increases the possibility of solving the crime in hot pursuit and returning the stolen property to the rightful owner.

Find out more:  An almost fantastic, but real story from Sevastopol about the arrogance of scammers and the naivety of citizens

photo: press service of the Ministry of Internal Affairs for the Republic of Crimea