In Simferopol, a terrorist attack was prevented in a shopping and entertainment complex 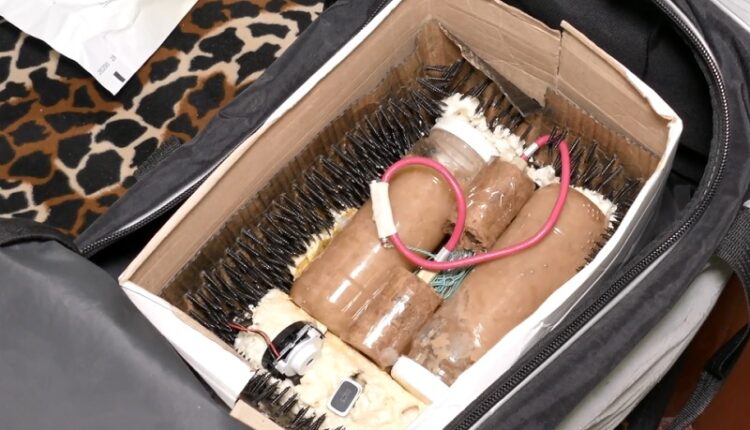 A terrorist attack was prevented in a shopping and entertainment complex in Simferopol, a former soldier of the Marine Corps of the Armed Forces of Ukraine was detained. This is reported by the TsOS FSB.

As a result of the measures taken, a resident of the region, 1988 year of birth, a former soldier of the Marine Corps of the Armed Forces of Ukraine, a supporter of neo-Nazism, was detained, who, on the instructions of the nationalists, carried out the Azov regiment (against whose militants in A criminal case has been opened in Russia, the organization has been recognized as a terrorist organization and banned in the Russian Federation — ed.) preparing an explosion and arson in one of the shopping and entertainment centers of Simferopol , the report says.

FSB operatives found and confiscated an improvised explosive-incendiary device with damaging elements, components for its manufacture, as well as extremist literature and paraphernalia of Ukrainian national formations at the address of the detainee’s residence. Correspondence with Ukrainian radicals was also found, where the planned terrorist attack was discussed.

Find out more:  More than 1,500 children from the Republics of Donbass and Ukraine enrolled in schools and kindergartens in Crimea
10
Share

Marat Aidagulov: it is necessary to quickly work out the issues of regulation of cryptocurrencies