In Simferopol, officials check prices in brick-and-mortar stores. What do they say? 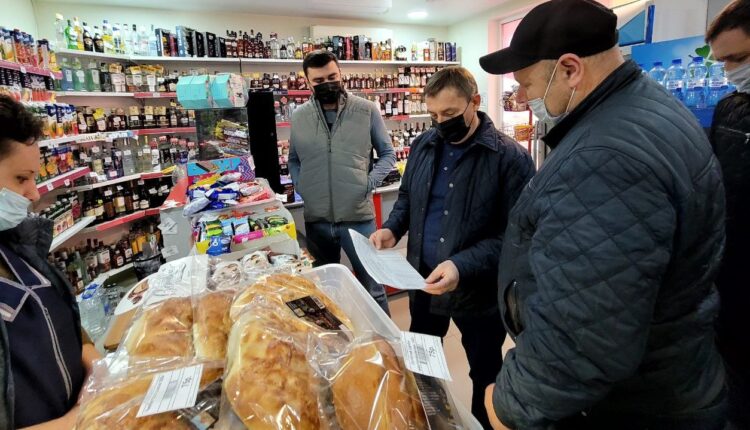 I visited a number of small shops, grocery stores, talked with sellers, owners of commercial facilities and buyers. The shops on Turgenev Street have slight overcharges. We deal with the speculative component in the formation of prices by trading objects. On the spot, we recommend adjusting prices downwards, to adequate current situation , — quotes the press service of Yuriy Gotsanyuk.

Also, according to the Prime Minister of Crimea, during today’s field events, women of stores were congratulated on March 8.

In the store on Vorovskogo Street, I also checked the level of prices for essential foodstuffs. Production of the Crimean producers available. Prices are slightly higher than recommended. He held an explanatory conversation, urged to observe the proper level of prices, including for the so-called «borscht set». The mark-up should be adequate, without unreasonable overstatements , — Yuri Gotsanyuk notes.

Also, the Chairman of the Crimean Government visited a number of shopping facilities on the streets of Lermontov, Titov, Kechkemetskaya and others.

I checked the prices for bread, cereals, dairy products, eggs, butter. In the Magazinchik and Yabloko retail chains, prices are within the recommended range, but prices for some items of goods are overpriced and, accordingly, should be adjusted today. Let me remind you that retail chains signed a memorandum with the Council of Ministers of Crimea , — said Yuriy Gotsanyuk.

According to the Prime Minister of Crimea, in one of the non-stationary trading facilities of the Dzhelyalov farm, socially significant products of the peasant farm are sold at affordable prices, even lower than the recommended ones.

Violations were revealed at other facilities, the owners of which undertake to eliminate them as soon as possible. Some entrepreneurs and trading facilities artificially inflate prices, speculating, provoking people to buy food for the future, moreover, in large volumes. These issues are under the control of the relevant authorities , — says Yuriy Gotsanyuk.

photo: press—service Chairman of the Council Ministers of the Republic Crimea

What to use instead of Booking and Airbnb, says the founder of the Russian accommodation booking service Tvil.ru