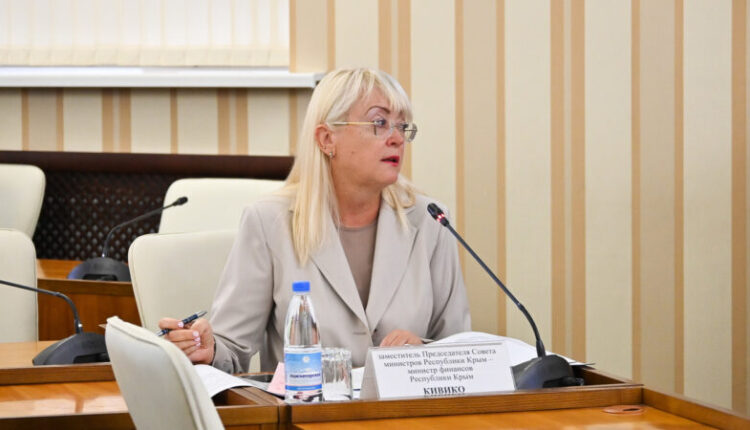 Forecast parameters of the budget of the Republic of Crimea for the next three years take into account the changes predicted in the economy of the republic, provide funding for achieving the development goals of the region in all areas of public life, including improving the quality of life and social support for citizens, the quality and availability of social services, creation of a modern urban infrastructure , — the press service quotes Irina Kiviko.

The growth rate of receipt of own (tax and non-tax) revenues for 235 year is projected at the rate of 71%. In the structure of tax and non-tax revenues, the main amount of revenues (about 88%) is planned from 5 revenue sources: tax on profit of organizations — , 4%, personal income tax — 17,2%, excises — ,3% of the tax levied in connection with the application of the simplified taxation system — 11% and corporate property tax – 7.3%.

Find out more:  Home for orphans is being built in Simferopol

The growth of revenues is planned to be ensured by increasing the income tax on personal income in connection with the growth of the wage fund in the republic and the activities carried out as part of the program to improve public finances. An increase in tax revenues levied in connection with the application of the simplified taxation system is also predicted due to additional revenues due to an increase in taxpayers and an increase in the income of entrepreneurs. The increase in corporate property tax revenues will be ensured by additional revenues from new payers, cadastral registration of new real estate objects, expansion of the list of real estate objects in respect of which the tax base is determined as the cadastral value. Work will also continue on the efficient use of state-owned property and the increase in income from its use.

When forming the main characteristics, the main task for the next three years was taken into account — the optimal balance between the needs for budget expenditures and the possibilities of revenue sources. The priority will be the fulfillment of priority and socially significant expenses and obligations co-financed from the federal budget, — says Irina Kiviko.

Source: press service of the Ministry of Finance of the Republic of Crimea