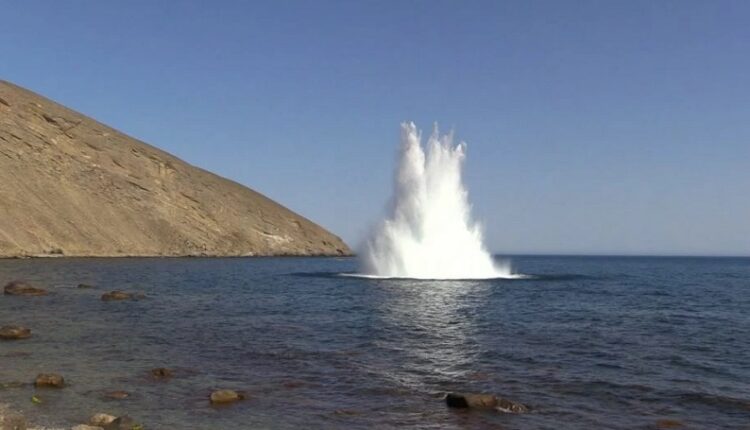 According to Alexander Kovalenko, Head of the 4th Fire and Rescue Squad of the Federal Fire Service for the Republic of Crimea, in the water area of ​​the Feodosia village of Ordzhonikidze, in the area of ​​Dvuyakornaya Bay, at a depth of 9 meters, approximately at a distance of 200 -300 meters from the shore, 2 aircraft bottom mines were found, presumably, FAB-250. Today, a special marine detachment of the Main Directorate of the Ministry of Emergency Situations of Russia for the Republic of Crimea will carry out work to neutralize them.

For the duration of special works, the coastline is cordoned off, navigation in this area is closed.

The Main Directorate of the Ministry of Emergency Situations of Russia for the Republic of Crimea reminds:

Explosive objects of the times of the Great Patriotic War pose a great danger to people. Corroded live shells can trigger an explosion at any moment. It is outwardly difficult even for specialists to determine the degree of danger of such ammunition. A factor that provokes the detonation of ammunition can be any impact on it. That is why the discovered ammunition is entrusted to neutralize the pyrotechnic specialists of the emergency department.

If suspicious finds are found, it is necessary to strictly follow the rules of safe behavior and immediately call the police (by phone “102”) and the EMERCOM of Russia (by phone “101″ or «112»).

Find out more:  In Yalta, a criminal case is being investigated on the robbery of an 83-year-old local resident
4
Share

Road accident in Sevastopol: a 69-year-old female pedestrian was shot down right on a zebra