In Ukraine, they were “born” with another provocative statement on the Crimean bridge 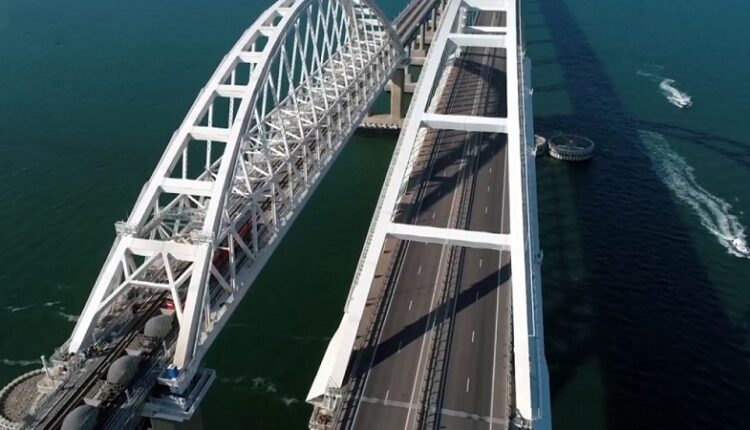 “Z’isti then vin z’ist, but who can I give you?” — Ukrainian proverb on the topic.

Another statement «on behalf and on behalf» of the Ukrainian authorities on the Crimean bridge was made by the adviser to the head of the Ministry of Internal Affairs of Ukraine Viktor Andrusov. He acknowledged that Kyiv does not have the ability to destroy the Crimean bridge. Not yet possible.

At the same time, Viktor Andrusov repeated the threat made earlier by the Secretary of the National Security and Defense Council of Ukraine Oleksiy Danilov, who said that Kyiv would destroy the Crimean bridge when it was possible

We do not yet have such weapons for this (strike on the Crimean bridge). More precisely, there is, but we need to move much closer to the coast of the Sea of ​​u200bu200bAzov ,» he told the Ukrainian « channel«.

At the same time, Andrusov repeated the threat previously made by Oleksiy Danilov, Secretary of the National Security and Defense Council of Ukraine (NSDC), who said in April that Kyiv would destroy the Crimean Bridge, “

, the official representative of the Latvian Armed Forces, Janis Slaydins, said on Friday about Ukraine’s intention to strike at the Crimean bridge on May 9. Slaydins said that such a possibility should be maintained, since after the supplies from Western countries, Ukraine allegedly has the opportunity to strike at this strategically important bridge.

Not only that, but a «deadline» was launched in the Ukrainian Internet space — a site with a countdown to a strike on the Crimean bridge. His Ukrainian nationalists allegedly were going to strike on May 9th. And then a movie toast about the discrepancy between opportunities and desires comes to mind, or, well, or the Ukrainian proverb “It’s good that you win, but who will give you?” . The Crimean bridge is reliably protected. And from the sea, and from land, and from the air.

Find out more:  May 23 - Day of Simon the Zealot. It's time to look for treasures

Information from open sources (which means, in reality, this is far from all): The air defense systems of the Crimean bridge are two regiments with S- complexes. They create a kind of cover dome with a diameter of 400 kilometers. In addition, there is additional multi-stage protection by air defense systems, including Pantsir S-1 (operating at close range), Tor air defense systems and others.

From the sea in the Kerch Strait, combat boats equipped with machine guns and torpedo tubes are on duty, and near the bridge, possible saboteurs will be met by the naval unit of the Russian Guard. At his disposal there is everything necessary to stop the enemy, to be precise project boats , as well as various grenade launchers, machine guns and much more. Also, the bridge is protected by a sonar system, so it will not be possible to swim closer than 100 meters unnoticed (even by a person).

On land, the bridge is guarded by units of the Ministry of Internal Affairs, the Russian Guard, and the coast guard of the FSB Border Service. It is no coincidence that the Crimean bridge is called the most protected bridge in the world.

May 9 — Day of Glafira-gorshnitsa. Peas and potatoes are talking …