In Yalta, a private house was on fire yesterday. Fortunately, there were no casualties 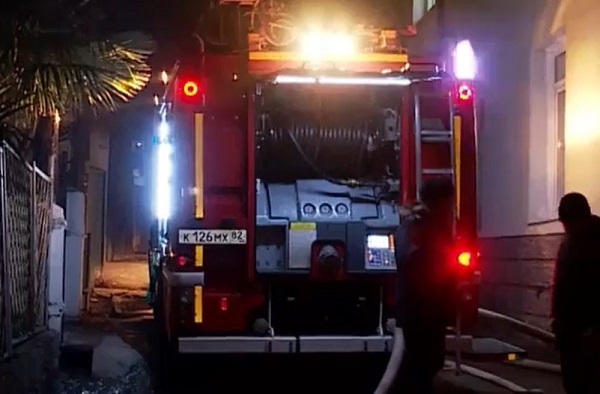 Fire reported at : 18, the fire was localized in : 19 and completely liquidated in 21: 24. 27 personnel and six units of special equipment took part in extinguishing the fire, reports with reference to the Main Directorate of the Ministry of Emergency Situations of Russia for the Republic of Crimea.

The fire area was 115 square meters. There are no dead or injured. The firefighters had to lay quite long main lines, one of them at 200 meters.

Fire trucks due to dense buildings could not drive close to the house , — explained in the department the actions of the employees of the Ministry of Emergency Situations.

2022Vitaly Vatras, Head of the 2nd Fire and Rescue Squad of the Federal Fire Service of the Ministry of Emergency Situations of Russia in the Republic of Crimea, in the comment noted that the preliminary cause of the fire was improper operation of the stove heating.

The local authorities offered the owner of the house to stay in a boarding house at the expense of the city, but she decided to stay with her relatives.

Find out more:  From June 1, public transport will rise in price in Crimea. "By card" already 25 rubles