In Yalta, the square in the city center is being repaired and landscaped 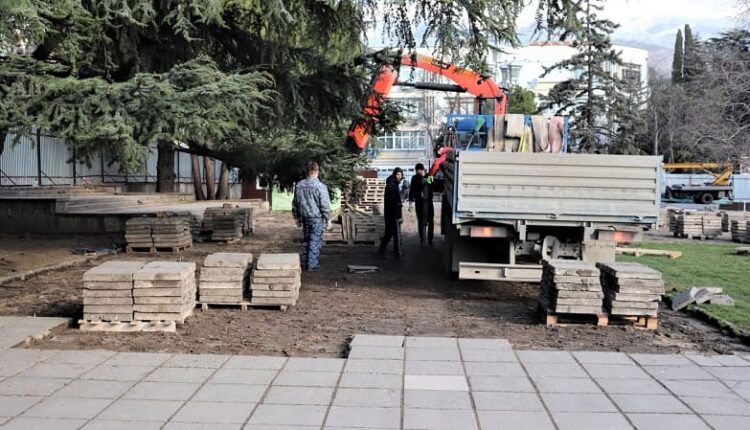 In Yalta, work has begun on the overhaul and improvement of Sovetskaya Square. And a number of other public areas in the city center.

According to the Yalta administration, the dismantling of the old pavement, lampposts, small architectural forms and the fountain bowl is underway on Sovetskaya Square. A month is allotted for this stage. The laying of communications will take the same amount of time. After that, the base for the coating will be prepared, the laying of tiles and the installation of the reinforced concrete structure under the fountain will begin.

All the greenery will remain, we will transplant only one tree. Soviet-era tiles will still serve. I am waiting for proposals from the villages where it can come in handy , — emphasized the head of the administration of Yalta, Yanina Pavlenko.

She recalled that the deadline for the completion of Sovetskaya Square is December 1 348 of the year.

Photo: Department of Information Policy of the Yalta Administration.

Find out more:  The Ministry of Defense of the Russian Federation announces the route of the humanitarian corridor in the Black Sea
154
Share