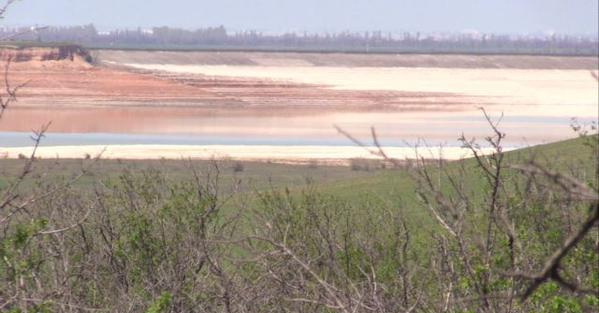 About million cubic meters of water will be pumped from the North Crimean Canal to the reserve (load) Mezhgornoe reservoir near Simferopol (near the village of Skvortsovo). This was announced by the Head of the Republic of Crimea Sergey Aksyonov.

So far, the Intermountain Reservoir has not been filled, but it will be filled. Its capacity is up to million cubic meters, the source of filling was the North Crimean Canal. The object was not operated for a long time, no modernization was carried out, because we did not know if there would be water. Now specialists are conducting research, assessing the technical condition. After the completion of these works, the reservoir will be filled, and we will have another million cubic meters of water in our assets for the needs of Simferopol , — Aksyonov is quoted .

20220508 The Mezhgornaya reservoir with a total volume of 50 million cubic meters was put into operation in 1989 year as a reserve for supplying Simferopol and Sevastopol in dry years. To fill it, water must be supplied to the branch of the North Crimean Canal — the Connecting Canal, and then to the Saki Canal. The last section, about 2 kilometers long — a siphon pipeline with a diameter of 3.2 meters — was laid under the Simferopol-Evpatoria highway.

To supply water to the Mezhgornoye Reservoir, four powerful pumping stations were built along the Connecting Canal, raising water to a height of more than 90 meters.

Find out more:  An additional five hundred thousand train tickets "to the south" will go on sale

Songs of Victory… Everyone knows the words «Katyusha»? And in what languages?

SUPPORT YOURSELF! May 13 in Sevastopol — the concert program «For the Navy!»