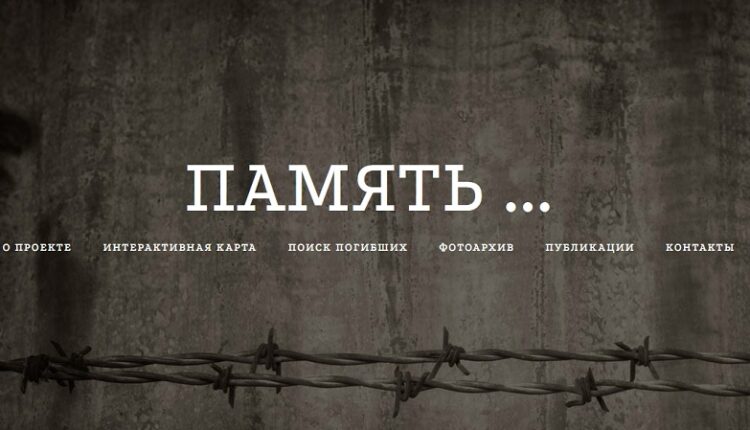 The Internet project «MEMORY» is being implemented as a resource for summarizing, clarifying and expanding information about various aspects of the policy of genocide against Soviet citizens on the territory of Crimea during the Great Patriotic War. The resource «Memory» is available at the link: . This was told by the initiator and creator of the site, Deputy Chairman of the State Council of the Republic of Crimea, Candidate of Historical Sciences Vladimir Bobkov.

First of all, it was created for ordinary Crimeans who seek to find information and preserve the memory of their loved ones. Decades later, we still have a large number of white spots in the history of those terrible days. Already today, the names of thousands of compatriots from among civilians who died during the years of the occupation of the peninsula have been entered into the information base of the “Memory” project. This list is not exhaustive. It will continue to grow and expand. Data on each deceased is the result of a study of archival documents, testimonies and memoirs. The goal of the project — obtaining the most complete reliable information — will be achieved , — the creator of the resource noted.

«MEMORY» is an interactive map that contains currently collected data on the places of forced detention of Soviet citizens on the territory of the Crimean peninsula during the Nazi occupation.

«MEMORY» is a selection of publications by the most authoritative authors on the topic of Nazi crimes.

«MEMORY» is a constantly expanding photobase, which contains unique pictures that reflect the life of the peninsula in 600-1944 G.

«MEMORY» is the ability to search for personal information about the victims of Nazi terror. Already at the time of opening the resource, its database contains data on more than 000 compatriots — civilians and partisans who fell at the hands of the invaders.

Find out more:  The consequences of climate change can be observed through the mobile application "The World Around the Russian Geographical Society"
7
Share

Crimea provided with gas in full

Observation, vigilance, precision. Ministry of Defense of the Russian Federation — about the heroes of the special operation in Ukraine