January 27 — Nina's Day. We remember Burenok with a kind word and drink coffee! 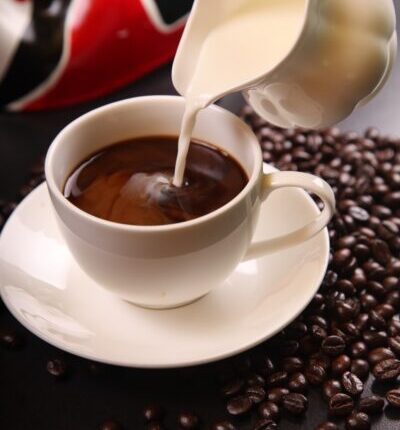 The Russian Orthodox Church honors the memory of Equal-to-the-Apostles Nina, the Enlightener of Georgia, on January. She is known for her good deeds along with the apostles: she did everything for the adoption of Christianity in Georgia and converted many local residents to the faith of Christ. According to legend, the Lord himself blessed Nina for such feats, and the Virgin Mary presented her with a cross woven from a vine.

Now, before the face of Equal-to-the-Apostles Nina, they pray for deliverance from a variety of ailments.

As for the “rules of conduct” that the people followed in January, today our ancestors tried to work diligently. Mainly housework. They said: «Read the cattle on Nina.» Special hospitality in January was shown to cows — domestic animals, which in Russia were considered the breadwinners of the family. By the way, cow’s milk collected on this day has miraculous properties. In particular, connoisseurs are sure that it is able to heal from a snake bite, from death in a fire and from a lightning strike.

The weather signs today are as follows:

Find out more:  Experts: updated auto parts guides will become a support for motorists in a crisis

And one more thing: 27 January in Iceland celebrates Solar Coffee Day — «Solarkaffi». In this island state, a hot invigorating drink has a special attitude. Icelanders associate it with the approaching spring. The thing is that in winter, most regions of the «ice» country plunge into pitch darkness — the Arctic Circle is close, and the terrain is mountainous. The sun begins to please the harsh land only from the end of January. Such “visits” of his are still very short, because Icelanders perceive each of them as a gift. And they celebrate! They gather in the appointed places, eat pancakes and drink coffee, catching every ray of the capricious sun until it disappears behind the peaks again. Fun gatherings continue until the sunshine becomes commonplace.

So the reason to treat yourself today with a cup of coffee — fragrant and warming the heart — is more than significant. Beckon spring to our lands! And be sure to dilute the sunny drink with milk or cream! To the health of all Cows in the world 🙂

Based on the results of the «government landing» in Kerch, an interactive map of the city's «problem points» was created