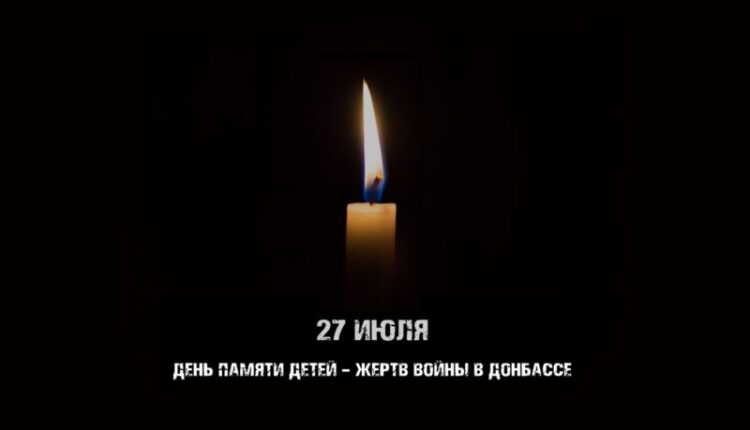 Today, the Donetsk People’s Republic remembers the children who died at the hands of the Ukrainian Nazis during the war in Donbass. Crimea shares the sorrow and pain of our brothers and sisters. There are no words to express the grief of parents who lost their children, Head of the Republic of Crimea Sergey Aksyonov noted in his address.

The Alley of Angels in Donetsk is a symbol of genocide, a symbol of the crimes of the terrorist Kyiv regime, which have no statute of limitations. This regime is not just Nazi and anti-Russian, it is anti-human. Ukrainian statehood is Moloch, to whom children are sacrificed. This filthy idol must be destroyed, it has no place in history.

Power in Kyiv today is in the hands of creatures with a scorched conscience, for whom the lives of people are worth nothing, and the people are no more than expendable material for the implementation of the plans of Western masters. At one time, Ukrainian Nazis threatened to make Crimea Ukrainian or deserted. Today they are ready to depopulate all the territories they can reach. Creatures. Therefore, only demilitarization and denazification, only Victory , Sergey Aksyonov commented on the mournful date.

Speaker of the Crimean Parliament Vladimir Konstantinov recalled how he recently visited the Alley of Angels in Donetsk. This place, according to him, conveys all the cruelty of the Ukrainian Nazis to the people with whom they used to live in the same country.

This cruelty is destroying Ukraine from within. Her people have come to grips with their roots. And this suggests that the country is «already dead.» Why were children killed? What are they guilty of? There is no greater grief for parents than the death of a child. And there is no greater loss for the people, because children are their future. I am convinced that the criminals will be held accountable for this genocide of the people of Donbass to the fullest extent of the law. Eternal memory to everyone who laid down his life in the struggle for freedom, for the future in the bosom of the Russian world! The Kingdom of Heaven to our angels — children who died at the hands of the Nazis , — Vladimir Konstantinov emphasized.

Find out more:  Over two hundred: 213 cases of new coronavirus infection per day in Crimea
32
Share