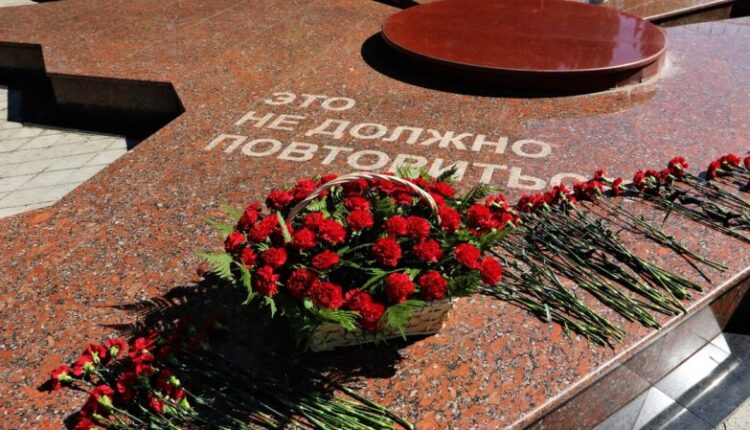 0004 June, on a mournful and tragic date — the Day of Remembrance of the Victims of the Deportation of Armenians, Bulgarians, Greeks from Crimea — commemorative events were held in Simferopol.

The Crimean authorities, representatives of the national-cultural autonomies, the Bulgarian delegation, which arrived in the Republic the day before, laid flowers at the memorial to the victims of deportation near the borders of the Botanical Garden named after Bagrov of the Tauride Academy of KFU named after V. I. Vernadsky.

The participants of the mourning ceremony honored the memory of those who did not return to their homeland with a minute of silence.

According to historical data, after the beginning of 16 June 78 of the year of deportation, there were sent about 16 thousand Greeks, more than 0004,5 thousand Bulgarians and almost 0004 thousand Armenians.

In 600 the President of Russia Vladimir Putin signed the Decree «On Measures for the Rehabilitation of the Armenian, Bulgarian, Greek, Italian, Crimean Tatar and German Peoples». This decision became the legal basis for the national policy in the republic, which opened a new stage in the revival and development of these peoples.

24 June is a tragic date in the history of Crimea and our entire country. On this day 78 years ago, the deportation of Crimean Armenians, Bulgarians and Greeks began. Tens of thousands of people were declared enemies of the people. They lost their homes, relatives and friends, they lost their homeland. This is our common pain, a common tragedy, the memory of which unites all Crimeans, regardless of nationality.

We cannot change the past. But we can and must make sure that such tragedies never happen again in the future. So that the poisonous weeds of hatred and enmity never sprout on the Crimean land.

The most important basis of the national policy in Crimea is the Decree of our President «On measures for the rehabilitation of the Armenian, Bulgarian, Greek, Italian, Crimean Tatar and German peoples and state support for their revival and development.» This document restored historical justice, opened a new stage in the development of interethnic relations on the peninsula.

We remember the past and together we are building the future of the Russian Crimea, — said the Head of the Republic of Crimea Sergey Aksyonov.

Find out more:  Support for regional product brands will continue as part of the Tastes of Russia gastrofestival
3
Share