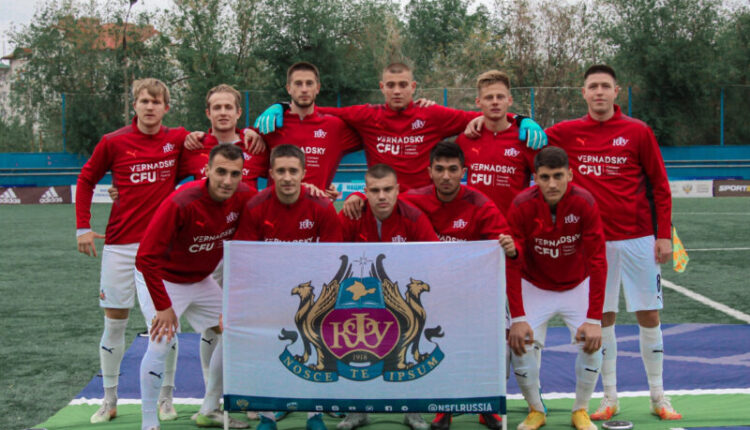 The team of the Crimean Federal University completed the first round of games in the VIII season of the Higher Division of the National Student Football League with three victories. In the match with the Chechen State University, the Crimean football players won with a score of 2:1.

Very good match. We are very pleased that our rivals are moving away from their principles. Today they came out with a slightly different formation, but we still won. A very difficult match, a very good team at CSU , — the press service of the university quotes the head coach of the KFU team Sergey Velichko.

The next round will take place from 13 to 15 May in Volgograd. The team of the Crimean Federal University will play with teams from Saratov, Vladikavkaz and Tambov.

Recall that the team of the Crimean Federal University is a two-time champion of the National Student Football League. The team took the championship in the standings for two years in a row.