KFU scientists spoke about unique developments in the field of instrumentation 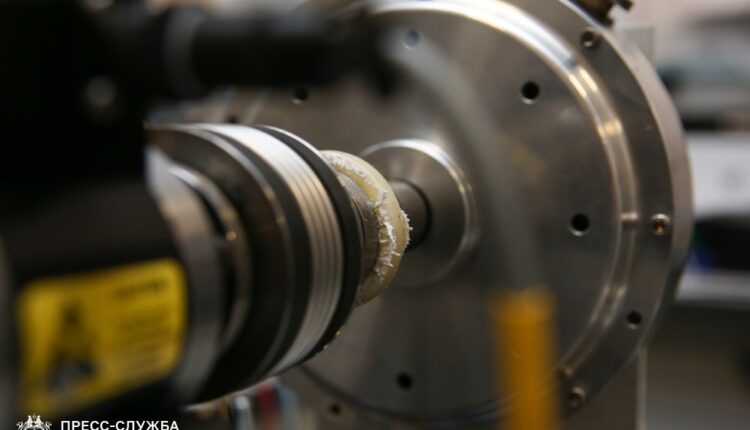 Scientists of the Crimean Federal University have developed unique products that, in comparison with European counterparts, are significantly superior in technical parameters. Among them are a linear motor and a wheel motor. With the help of a linear motor, for example, a tool is moved in the machine, positioning it with high accuracy.

In order to move an object, a certain force is created when the engine is running. Thanks to our developments, we get a force that exceeds that of foreign manufacturers. We compared the technical parameters of the linear motor developed by us with key competitors such as Bosch, Etel (Switzerland), Tecnotion (Netherlands). The results showed that with the same dimensions, we have a fairly significant superiority in nominal force. I can say with confidence that we are able to quickly produce prototypes of a linear motor according to the terms of reference and transfer them for testing. In Russia, such engines are not produced , — the press service of the university quotes Dmitry Filippov, Associate Professor of the Department of Computer Engineering and Modeling of the Physical-Technical Institute of the Crimean Federal University.

In addition, university scientists have developed a wheel motor, an analogue of which can be used in the electric transport industry, but experts consider its use in agricultural machinery to be the most effective. In a modern tractor, complex mechanisms are used to supply energy to the wheels. First, it passes through a diesel engine, then through a large number of different gearboxes, gears and axles, and only then it is generated in the wheels. Scientists from the Crimean Federal University have simplified the mechanics in such a way that the engine is built into the wheel itself. In addition, it uses electrical energy during operation, which is environmentally friendly.

Simplified mechanics due to the use of such an engine will be useful for a tractor that is used in orchards and vineyards with a small distance between rows. For example, when processing or harvesting, the equipment must move along the row slowly and without jerks, but the internal combustion engine does not work that way. In modern tractors on internal combustion engines of exclusively foreign production, a very complex continuously variable transmission is used. If such a technical solution as a motor-wheel is used, there will be no need for such a complex transmission, therefore, agricultural machinery on electric propulsion is a promising development , — Dmitry Filippov notes.

The scientist also emphasized that at the level of laboratory research at the university, there are developments in the creation of engines for machine tools and various electric vehicles, printers with floor printing, as well as in the field of energy generation.

At the moment, we are actively cooperating with specialists from St. Petersburg State Electrotechnical University «LETI» named after A. IN AND. Ulyanov (Lenin). They have some experience in training specialists in the field of automation and automation. Graduates of this university created their own company in St. Petersburg, which is engaged in the automation of various enterprises in the energy sector. In their work they use foreign equipment. But now the situation on the market is changing, and in cooperation with various universities, the replacement of world brands will become possible, — says the specialist.

Crimean rescuers and hydrologists predict a rise in river levels. Per meter, but even that is dangerous