KFU student fulfilled the dreams of the children of Donbass 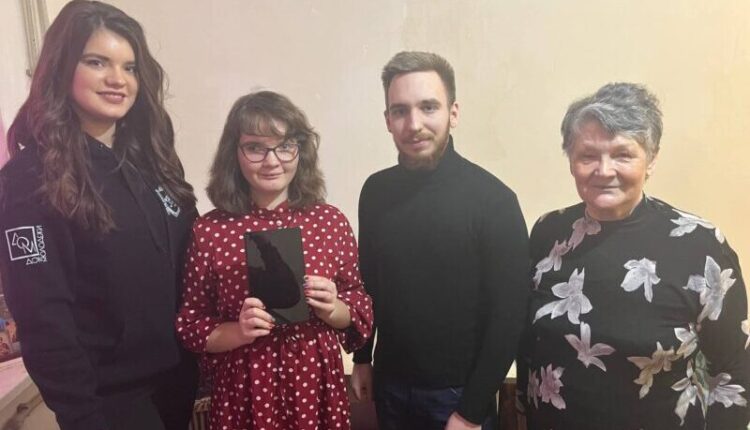 I understood all the risks, but I was not afraid to go. Previously, she helped Donbass remotely: she transferred money for families so that they could buy and bring everything they needed. Now I want to see what it means to be a resident of Donbass in order to understand the specifics and build a cycle of assistance for this region. Crimea and Donbass have a similar history, so I think that our regions should be close and close to each other. We cannot erase all the negativity and horrors of the past, but we can give happiness in the present and future. The purpose of this trip is to fulfill the dreams of children from the DPR. Someone lost their parents during the hostilities, some children with disabilities (Down syndrome, autism, personality disorder, visual impairment, walking dysfunction) , — quotes the press service of the university Kristina Fadeeva.

Humanitarian mission is a fourth-year student of KFU named after. IN AND. Vernadsky performed together with a public figure from Gorlovka Daniil Gosnits.

According to Kristina, most of the gifts were bought at their own expense — there were no sponsors or patrons. The State Committee of Youth Policy of Crimea joined and fulfilled several wishes of children as part of the All-Russian charity event «Christmas Tree of Wishes».

Find out more:  In April, you will have to fork out for alcohol locks. Who exactly needs to do this?

They visited the cities of Yenakiyevo, Gorlovka, Svetlodarsk, Donetsk and Mariupol. Ten children visited there. In addition to gifts, we held master classes for them on making New Year’s toys, which now went to the festive tree at the Crimean Volunteer Support Resource Center.

We didn’t have body armor or bodyguards, we drove in our own car. In the recently liberated city of Svetlodarsk, there was practically no communication, they heard the sounds of arrivals, but they found a house, they made the child happy. We were also in a not very safe area of ​​Gorlovka. Logistically, it was not possible to arrive there on the scheduled day. And it was then that a shell from the Armed Forces of Ukraine hit the house where the family we were going to visit lives. Luckily no one was hurt and we weren’t there. On some routes, I had to not buckle up in order to be able to quickly leave the car in case of shelling , — says Kristina Fadeeva.

According to the student, she plans to repeat the trip in the future more than once and with more large-scale humanitarian aid.

Loud «pops» in Sevastopol, what was it