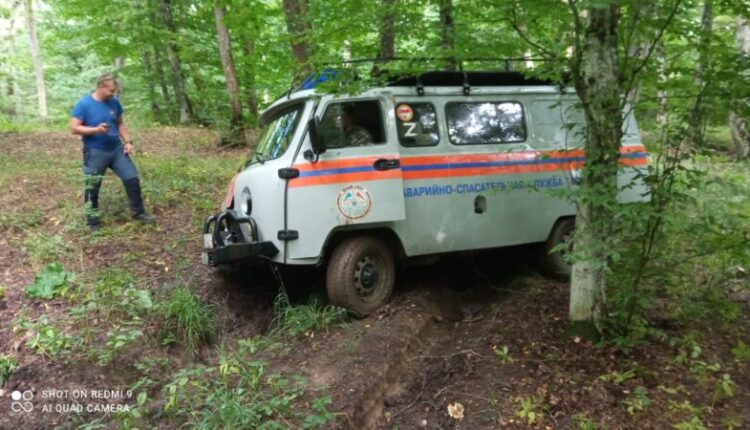 On the eve of the morning (at 9: ) the Ministry of Emergency Situations received information that in the mountain-forest area, near the village Perevalovka, a 70-year-old man got lost near Sudak. A duty shift of the Sudak emergency rescue team «KRYM-SPAS» and rescuers of the Main Directorate of the Ministry of Emergency Situations of Russia in the Republic of Crimea were sent to carry out search work.

Upon arrival at the search and rescue zones, telephone contact was established with the victim, but he was absolutely not oriented on the ground. It was decided to involve employees of the Starokrymsky Forestry and Hunting Enterprise in the search work, — they said in the Ministry of Emergency Situations of the Republic of Crimea.

For 7 hours, rescuers and foresters literally combed the mountain-forest area, carried out a visual inspection of the surveyed area, and made sound signals (for the sake of the victim’s response). As clarified in the emergency department, search work was complicated by stormy weather conditions: heavy rain was falling in the mountains. In addition, the soil in the mountains was washed away by water, which greatly hampered the advancement of equipment.

B 07: 45 affected found in a low-water beam Bek-Alan, in the region of Mount Kozas-Alan in a remote area. The man was wet, cold and moved with difficulty, being loose soil. But everything worked out. The elderly man was taken to Sudak, straight home. He did not need medical attention.

Find out more:  "Sweet" thief almost stole almost a hundred bars of chocolate in one of the stores in Sevastopol
6
Share

Massive accident on the highway «Tavrida»: five cars were broken, three people were in the hospital

Crimea, of course, attracts tourists. But the peninsula loses a lot to the Krasnodar Territory in July