Landscaping of Simferopol: tens of thousands of flowers, new flowerbeds and ampelous compositions 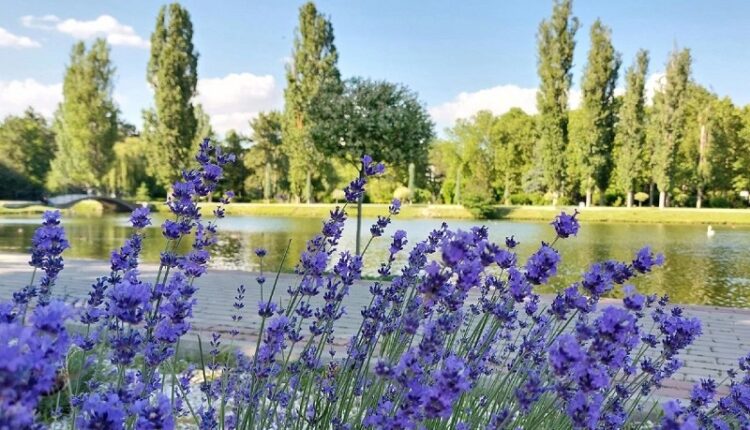 Green spaces of the capital — daily care and maintenance.

Hand on heart — Simferopol is one of the greenest and most beautiful cities of the peninsula. Now is a truly magical time in city parks and squares: lush greenery is everywhere, honey aromas of flowering lindens and catalpas, roses, lavender and petunias are in the air. Flowerbeds delight with their bright floral carpet …

Daily care for trees, shrubs and herbaceous plants of Simferopol is provided by communal services — employees of the institutions «City» and «Parks of the Capital».

During the spring-summer period, about 15 thousands of colors. Viola, tagetes, salvia, coleus, petunia adorned the flowerbeds of the Children’s Park and Gagarin Park. All types of flowers are perfectly adapted to the local climate, which means that they will delight visitors with beautiful flowering all summer , — said the Parks of the Capital MBUK.

The residents and guests of the Crimean capital are already delighted with annual flowers planted on Kuibyshev Square, and ampelous compositions of petunias on Gorky Street, installed last week.

On Karl Marx Street, employees of the Municipal Budgetary Institution «Gorod» installed brackets and thermal bowls for ampelous petunias on lampposts. Work will continue on Pushkin and Gorky streets.

4 534 flowers decorated the square to them. Trenev. Alyssium, coleus, ageratum were planted in the flower beds by the employees of the MBUK «Parks of the capital».

A unique flowerbed appeared in the park to them. Shevchenko: children with disabilities planted flowers on it. Parents and employees of MBUK «Capital Parks» helped and prompted the boys and girls, who prepared the land and seedlings in advance.

Find out more:  August 3-7 in Crimea: the first tour of the Mikhailovsky Theater

It is worth noting that planting flowers is considered one of the effective methods of therapy for children with developmental disabilities. A new flowerbed with white and pink pelargonium flowers is located next to an inclusive sports and development playground for children, which was built as part of the municipal program «Accessible Urban Environment».

Now, in the summer period, one of the mandatory daily activities is mowing lawns. For the period from on 19 June, these works were carried out on urban areas, including Pavlenko and Moskaleva streets, in the square of the Heroes of Socialist Labor, in the Catherine’s Garden. Particular attention in the care of trees and shrubs is occupied by their watering. Over the past week, employees of the green economy have been irrigating along Kyiv, Pushkin, Karl Marx (Ekaterininskaya) streets, Kuibyshev Square and at the military-historical cemetery , — informed Anton Gumen, director of the City Municipal Budgetary Institution .

Landscaping — not only watering, new flowers and flower beds, lawns and plantings, but also the necessary care. Including sawing dry branches, demolition of diseased trees. Over the past week in Simferopol on the streets of Lavrinenko, Dachnaya, Morskaya, Frunze, emergency trees have been demolished. On the streets of Ketchkemetskaya, Lisa Chaikina, Repina, Bitakskaya, Promyshlennaya, Darwin, Smolnaya, Teplichnaya and a number of other territories, the employees of the «City» carried out pruning of green spaces.

332925Photo: press service of the administration of Simferopol, MBU «City» and MBUK «Parks of the Capital».

25 cases of new coronavirus infection per day. Covid-19 in Crimea