«Letter to a Soldier»: Sevastopol students will be able to write letters of support to our soldiers 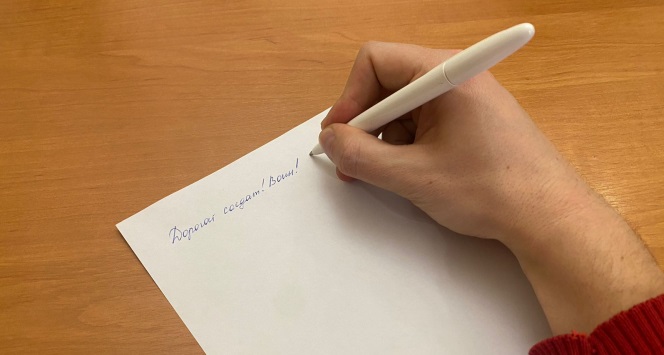 The “Letter to a Soldier” campaign has started in Sevastopol: schoolchildren and students will be able to write letters of support to those who are now participating in a special operation to demilitarize and denazify Ukraine. Today the first letters to the military were written by 76 members of the Youth Army — tomorrow the baton will pass to all educational institutions of the city.

I decided to participate in such an action, because I imagine how hard it is there. I really wanted to support the soldiers at least a little with my own words. I think that every person who wrote today did it with the same thoughts: to help, support, so that they know who they stand for and fight for , — shared Yunarmee Karina Gulitova.

The guys note that they took part in the action with great interest, and they are looking forward to when the soldiers will be able to read their letters.

Member of Yunarmiya Yevgeny Bezikov added that the Russian armed forces are striving to protect the Motherland, and the letter is the support that the Sevastopol guys can now provide.

Many schoolchildren and students expressed their initiative to support the soldiers within the framework of the “Russian Spring in Sevastopol” marathon, where invited guests, war veterans tell the children about the historical events of the year and answer questions. Governor Mikhail Razvozhaev also met and talked with schoolchildren. He noted that it is very important to bring up with children not only the topics of the Russian spring, but also to explain to them what is happening in the world now.

Find out more:  Passion for "Azov"

During the conversations, students were often interested in modern realities. So, many of them wanted to support the soldiers who are carrying out a special operation in Ukraine.

According to the press service of the government of Sevastopol.

In Yalta, a neurologist examines children with limited mobility at home