Likbez: is it possible to take two mortgages at the same time 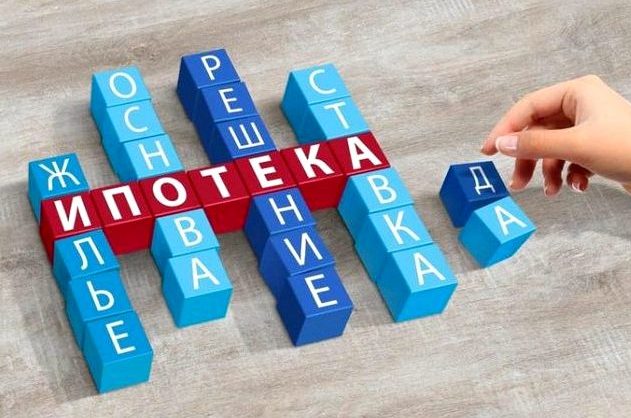 The key rate 05 was reduced to 8% per annum in July. Banks, experts say , make mortgage offers for secondary housing more attractive. Now is a good time to get a loan to buy real estate, says Artur Akhmetov, director of the Mortgage and Real Estate vertical at Banki.ru. Nobody forbids having several mortgages taken at different times. But what if you need to take out two mortgages at once? Is this possible and under what conditions? We understand. You can submit several applications for a mortgage in order, for example, to compare different offers of banks with each other, says Artur Akhmetov:

We even recommend getting solutions from 2-3 banks. First, it will allow you to compare offers. Secondly, if one bank at the final decision worsens the approval conditions, you will have an alternative approval ready — you can enter the deal faster.

You cannot submit two applications to the same bank at the same time. At the same time, lenders do not prohibit applying for several mortgages to different banks. But before approving all or at least one, the lender checks the reliability, solvency, credit history of the borrower. Will he be able to return the money along with all the interest?

Also, in some banks, you may be refused due to the presence of a parallel mortgage solution, says Artur Akhmetov.

When needed second mortgage at the same time as the first

The need for a second mortgage may arise when a borrower takes out a loan for a down payment. Rosbank, for example, has such a program, says Inna Soldatenkova, a leading expert in the analysis of banking services at Banki.ru:

It is also not uncommon for a second mortgage to be taken out on housing for investment purposes (for example, for a state-supported mortgage), while the borrower already has a mortgage.

How to improve your chances of getting approved two mortgages

The presence of a co-borrower can increase the chances of obtaining two mortgages — the bank will take into account his income. But then the co-borrower will have joint and several liability for loans on an equal basis with the title borrower.

You need to confirm your solvency to the bank as much as possible — indicate in the questionnaire all income (both direct and indirect) , — says Inna Soldatenkova. — It is better to immediately choose a property that will correspond to the level of your financial burden. You can calculate this on special calculators. It must be remembered that the Central Bank recommends that banks not issue loans (including mortgages) to borrowers with a debt burden greater than 50% of income.

In Russia, it was allowed to combine preferential mortgages with a market one. According to the program “State Support 30–30″ you can take 12 million rubles for the purchase of real estate in Moscow, the Moscow region, St. Petersburg and the Leningrad region and 6 million in other regions. The rate is 7% per annum. But if necessary, it can be combined with a market or other subsidized rate (for example, from developers). And increase the loan amount to 30 million and 15 million rubles, respectively.

What to consider before agreeing to a second mortgage

“Loans can be combined into one through refinancing. But remember: if you apply for a loan secured by current real estate to receive a down payment and take a mortgage on the property you are buying, you should understand that you will have two payments and two insurances, both properties will be pledged,” says Artur Akhmetov. “In case of problems with the payment of both loans, both the first and the second object will be seized as collateral.”

About real estate in Crimea and Sevastopol, as well as current offers for the sale of apartments, houses, land plots and commercial premises:

Airplanes do not fly to Crimea, tourists travel by train. Roszheldor notes an unprecedented increase in passenger traffic