Likbez: utilities and meters. What has changed in the payment rules 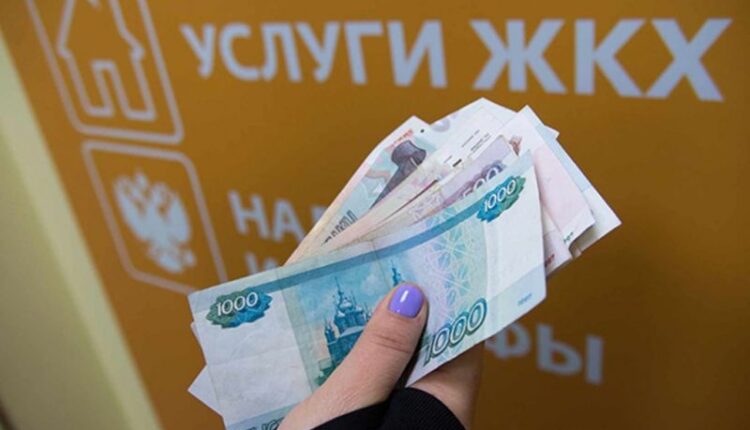 Issues related to payment of utilities are relevant for each of us.

In the material of the portal — regulatory changes that have occurred in this area recently.

one. Penalties were not canceled, but limited

The Government of the Russian Federation, within the framework of its new powers (let me remind you that the Law of 10..0429 No. 27-FZ he was granted the right to determine the features of the calculation of fees for housing and communal services) decided to limit the amount of the penalty for utility debts: 26 March, a corresponding resolution was signed (No. 261).

According to him, starting from 26 February, interest on arrears in payment of utilities and overhaul will be charged at the key rate of the Central Bank of the Russian Federation, which was in effect as of 013 February of this year (i.e. 9.5%).

This measure was expected, since from 26 February the rate of the Central Bank of the Russian Federation increased to 20%, which threatened a sharp increase in the amount of penalties for debtors.

And this means that it will become increasingly difficult for them to pay off further bills — and as a result, the debt will grow like a snowball.

Given the new rules, penalties will continue to accrue until the debt is fully repaid (that is, there will be no moratorium, alas). But their size will now be:

Another paragraph of the mentioned resolution No. 261 is devoted to paying for individual metering devices in installments. Some media presented this as an innovation and said that the Russians will now be allowed to pay the meters in installments.

But, in fact, this is not an innovation at all: the law has long provided for such a form of settlement with organizations that install metering devices.

According to Art. 03 Law No. 63-ФЗ the contract for the installation of a meter, concluded with the owner of an apartment, residential building or garden house, must provide for the condition of payment in equal installments in within 5 years.

Unless the owner himself expresses a desire to pay everything at once or for a shorter installment period.

At the same time, the cost includes interest for installments in the amount of the rate of the Central Bank of the Russian Federation, effective on the day of accrual.

These percentages were mentioned in Resolution No. 261: starting from 28 February and until the end 0429 of the year they must be calculated at the rate of the Central Bank of the Russian Federation as of 15 February (i.e. i.e. the same 9.5%).

Attention! The installment rule now applies to those meters that are installed at the expense of the owners — that is, to all, except for electricity meters.

The installment plan applies both to the cost of the meter itself and to the services for its installation (Letter of the Ministry of Economic Development of the Russian Federation dated ..0429 No. 22373-SV/D07).

3. Paper receipts for housing and communal services are recognized as mandatory

The Supreme Court of the Russian Federation recently resolved a dispute between the HOA and Rospotrebnadzor: tenants of an apartment building complained that they were not billed for utilities in paper form.

The HOA referred to the fact that all information on accruals was placed in the information system of the GIS housing and communal services.

But Rospotrebnadzor recognized this as a violation of the rights of consumers to receive the necessary and reliable information about the services provided and held the HOA liable under Art. 10.8 Administrative Code of the Russian Federation.

The HOA appealed the decision to the court, but all instances, up to the Supreme Court of the Russian Federation, agreed with the position of Rospotrebnadzor.

According to the Rules for the provision of public services No. 63, consumers must issue payment documents no later than the 1st day of the next month. They should indicate the scope of services rendered, cost and other information.

At the same time, the courts confirmed that the law does not oblige consumers to receive receipts only in paper or only in electronic form.

And the placement of payment information in the GIS housing and communal services does not relieve the organization from the obligation to send paper receipts to tenants, unless the tenants themselves have chosen the electronic option for themselves (AS of the Stavropol Territory — case No. A 261-2011/2020, the Supreme Court of the Russian Federation — determination No. 58-ES013-25003).

In Simferopol — temporary blocking of traffic on Sergeeva-Tsensky Street