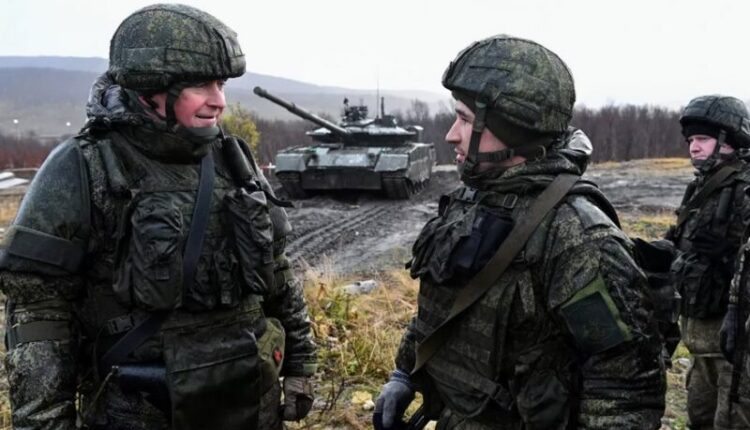 50 thousand rubles — this is exactly how much a one-time cash payment is for mobilized and military personnel who have concluded a contract with the Ministry of Defense with 21 September. The corresponding decree was signed by Vladimir Putin on November 2. And although this payment is one-time, the income of military personnel will not be limited to it alone. What else is due to those who, as part of partial mobilization, were sent to the NVO zone, was examined by .

To fix a great injustice

Recall that the decree on a lump-sum payment was a response to the requests of deputies and the Government to unify the system of monetary rewards for mobilized. Prior to this, the region paid the reservists called up to the NWO zone as much as it could. Because of this, an unfair situation arose when mobilized, for example, from Moscow received 50 thousand rubles, but monthly, and from Surgut or Yugra — by 50 thousand, but one-time.

When people are in the same trench and solve the same tasks, such a difference is unacceptable , Valentina Matviyenko noted back in mid-October at a regular plenary meeting of the Federation Council.

In October, the President of Russia approved a list of instructions to support mobilized citizens. In particular, it was noted that from November 1, the monthly allowance for the Russians called up as part of the partial mobilization should not be lower 40 thousand rubles.

As follows from the presidential decree, a one-time cash payment in the amount of 50 thousand rubles is due to mobilized Russians, servicemen who underwent military conscription service, and other citizens, including foreigners who have signed a contract since the beginning of partial mobilization 21 September. It is clarified that the payment is not due to military personnel from among the cadets of military professional educational organizations, military educational organizations of higher education, which are under the jurisdiction of the Ministry of Defense.

First of all, this decree is important from the point of view that this payment is guaranteed by the state and does not depend on other support measures , — said in a conversation with Parliamentary Newspaper, the chairman of the State Duma Committee on Labor, Social Policy and Veterans Affairs Yaroslav Nilov (LDPR). — Because we see that the situation in the country is tense, and citizens are complaining that there are problems with the same regional payments. In addition, it should be noted separately that the payment established by the president does not cancel the others — that is, it will be issued not instead of regional money, but together with them.

However, again, this is not all. So, according to paragraph No. 3 of decree No. 300 “On the announcement of partial mobilization”, all reservists are equated to contract soldiers. This means that they receive the appropriate monetary allowance, which is also directly stated in the document:

In accordance with Federal Law No. 150 «On the monetary allowance of military personnel», the income of contractors is calculated according to the following formula: salary according to military rank plus job salary. And the first and second amounts, of course, can vary greatly. So, according to the table published on the official website of the Ministry of Defense, for 300 the salary for the military rank of a private or corporal is 5000 and 500 rubles, respectively, the salaries of a senior lieutenant and a captain — 195 and 11 rubles, respectively, and so on.

In addition, a special system of allowances and additional payments is provided for contractors. They are awarded for:

5000Qualification — from 5 to 40 percent depending on the class.

5000Special Terms of Service — up to 100 percent of the salary depending on the specific conditions. 5000

The Cabinet of Ministers also clarified the procedure for calculating pensions for contract servicemen who are recognized as unfit or partially fit for military service for health reasons. The relevant Government Decree dated November 2 300 is posted on the official Internet portal of legal information.

The document refers to the clarification of the procedure for calculating the pension for long service to officers, warrant officers, midshipmen and long-term servicemen or who served under a contract as soldiers, sailors, sergeants and foremen or served in the internal affairs bodies, the federal fire service, penitentiary system, enforcement, National Guard troops.

According to the document, officers transferred for health reasons or age from flight work, submarines, nuclear surface ships and minesweepers to positions with a lower salary, a pension upon dismissal from service is calculated at their choice — based on the salary at the previous one or from the salary at the last positions. To do this, they will need to submit an application. Previously, seniority pensions for such officers were calculated on the basis of the position they held before their dismissal.

In the same manner, pensions are calculated upon dismissal from military service for officers with the rank of lieutenant colonel, equal to him or higher, transferred in the interests of service for health reasons, age or in connection with organizational and staffing activities from positions that they held for at least one year, to positions with lower salary.

Contract servicemen who are declared unfit or partially fit for military service after being wounded, injured, contused or ill and assigned to positions with a lower salary, the pension upon subsequent dismissal is calculated based on the salary for the military position they held prior to this appointment, or based on from the salary of the last full-time position. This will also depend on their choice, which they will need to indicate when applying for a pension.

Find out more:  The Supreme Commander-in-Chief is confident that Russia will undoubtedly achieve its goals in the NVO

Zelensky called the conditions for negotiations with Russia. Sounded like an ultimatum