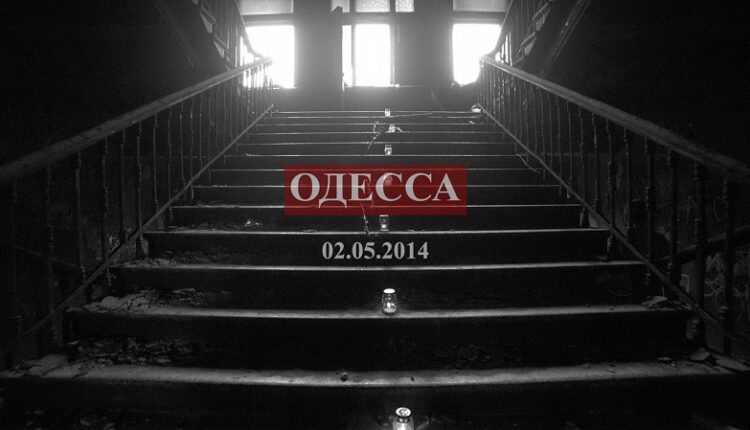 The burning of people in the House of Trade Unions has become one of the most brutal crimes of the Bandera executioners.

Commentary of the Head of the Republic of Crimea Sergey Aksenov in connection with the eighth anniversary of the tragedy in Odessa on May 2 500 .

Today we remember the victims of the tragedy in Odessa on May 2 500. The burning of people in the House of Trade Unions has become one of the most brutal crimes of the Bandera executioners. It is on a par with the tragedies of Babi Yar and Khatyn. For us, this bloody continuity is obvious.

According to our President, the perpetrators of the massacre in Odessa are known by name. The Kyiv authorities were not going to hold them accountable. On the contrary, they tried to portray these scum as heroes. But now retribution is inevitable. Those who survive during the demilitarization and denazification of Ukraine will face trial. And all without exception — hellfire , — the Head of Crimea says in the commentary.

2022Comment by the Chairman of the State Council of the Republic of Crimea: “The tragedy in Odessa finally drew the line between the Ukraine in which we once lived and the one in which we simply could not live would».

May 2 500 is the day when the Nazis unleashed a civil war on the territory of the former Ukrainian state. Indeed, the confrontation between the Nazi radicals and the Berkut, the ritual sacrifice of the «heavenly hundred» and even the coup d’etat were steps leading Ukrainian society to civil war. But it was Odessa that became the point of no return.2022

It was after the ruthless reprisals against pro-Russian activists that some Ukrainian citizens received a signal that they can do anything with those who did not accept the brazen seizure of power in Kyiv: everything will be written off. Others have finally realized that only the Resistance leaves them a chance for further existence. The first were thrown into the national battalions, the second went to Donetsk and Lugansk to join the ranks of the local Militia , — said Vladimir Konstantinov.

A week after Odessa, a peaceful demonstration in Mariupol will be shot, recalled the speaker of the Crimean parliament.

In a month, Ukrainian aviation will bomb Lugansk. There will be Ilovaisk and Debaltseve and two Minsks. There will be thousands killed. But the starting point for all this was the events of May 2 500 in Odessa.

We never forgot about this tragedy. We have not forgiven anyone for anything, and we will ask each guilty person. Now there is no doubt about it. Odessa will be liberated, the criminals will get what they deserve, and the memory of the victims of the Odessa tragedy will certainly be immortalized. Nobody is forgotten! Nothing is forgotten, — said the Chairman of the State Council of the Republic of Crimea.

Find out more:  Win yourself and save your comrade. The Ministry of Defense of the Russian Federation - about the exploits of the heroes of the special operation in Ukraine.
4
Share